A Florida woman who pulled over a police officer in his patrol car for allegedly speeding has prompted an investigation after she recorded him apologizing and promising to slow down.

Claudia Castillo told CBS Miami that she caught up to the unidentified Miami Dade police officer and flagged him to pull over after he blew past her Friday on a road with a 40 mph speed limit. “The cop drove past me so fast my car shook,” she said. “And I got upset. I started speeding up [to catch up to him] and I stopped at 80.”

Footage shows Castillo turning the tables on the officer, who peers into an open passenger side window as she asks him to explain his speed. “The reason why I pulled you over today . . . You were pushing 90 miles per hour,” Castillo says in the video. “I pushed 80 to try and catch up with you, and I was still eating your dust.” She added, “I just wanted to know, what’s the emergency?”

The officer said he didn’t know how fast he was going while on his way to work but said he didn’t think he was speeding. “I apologize, and I’ll be sure to slow down then,” he told Castillo.

The Miami-Dade Police Department told TIME in an emailed statement Monday that it was aware of the “citizen video.” “The officer’s chain of command will investigate the matter and take the appropriate course of action,” the statement said. 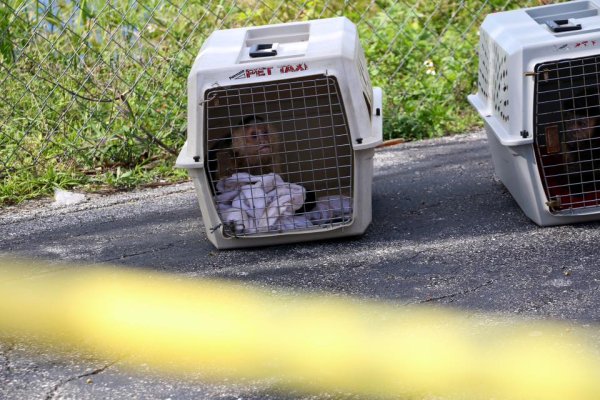