With sales-a-plenty, the holiday season was a great time to catch a deal on a new television. But January is also a prime time to upgrade. The reason? Super Bowl 50. There’s nothing like the NFL’s championship game to convince people to add more pixels to their living room.

If you upgrade for the big game, you won’t be alone. A survey from research firm NPD Group found that 6% of respondents plan to buy a new TV for this year’s Super Bowl. Figures are higher in competing teams’ home cities — last year, year-over-year TV sales in Boston and Seattle were up 20% and 13%, respectively.

“It will be interesting to see how TV sales in each teams’ home city perform this year given that one team, Denver, was just in the game two years ago, and Carolina last played in 2004,” says Ben Arnold, a consumer technology analyst at NPD.

But whichever team’s colors you wear, you’ll want a screen that adds pop to your party and . Here are some top choices.

The LG E6 OLED 4K Smart TV simultaneously turned heads and went unnoticed at this year’s CES. How is that possible? Well, the CES Innovation Award-winner is a stunner, with a 65-inch OLED display pumping out incredibly rich, HDR color, and what the company calls “infinite” contrasts. But from the side, the 4K television is pencil thin, which means if you weren’t looking for the smart TV among the crowds of other bulky screens, you might have missed it.

One of the only televisions launched at this year’s CES already on the market, the E6 has a steep $6,999 price tag to prove it’s the latest and greatest. But with ample (four) HDMI ports, and LG’s new webOS 3.0 smart television platform, its value should continue to pay off in years to come.

Vizio launched the first volley in the battle over affordable 4K televisions back in 2014 with its P-series screens, but the original displays had some problems. The follow-up effort, the Vizio M-Series, addressed those concerns while maintaining the low cost that have made Vizio’s televisions a consumer favorite for years.

Starting at $549 for a 43-inch model and costing $3,699 for an enormous 80-incher, the M-Series makes 4K an attainable standard for people buying a new television. And since 4K content is still lagging behind the technology used to watch it, this set even upscales 1080p video to 4K-like quality. With full-array LED backlighting, it also boasts brighter video than other budget-minded sets that opt for edge lighting.

Read more: Everything to know before buying a 4K television

When people set out to amp up their home entertainment, great sound is usually an afterthought. But with high-quality, magnetic fluid speakers tucked right into the glass of the Sony X930C, excellent audio is put front and center. Supporting high-resolution audio, the front-facing, surround sound speakers hit all the right notes. With a Live Football sound mode among its various settings, this 4K television was made for the big game.

But when the final whistle blows, the 65-inch screen is still a keeper, with Android TV capabilities like Google Play apps and voice searching to keep the set up to speed with all the new streaming features coming online. And if you’re Madden video games as much as the real deal, this $3,799 screen (currently $2,798 on Amazon) is the one for you — it was built by Sony to be the best PlayStation television on the market.

There’s nothing more embarrassing for a Super Bowl host than when a pass rips down the field and a ghost of the ball chases along behind it. But with a quick refresh rate of 240 images per second, the Samsung 4K SUHD JS9500 Series has more than enough power to keep up with Manning and Newton alike. Starting at $4,199 for a 65-inch model, the 4K television has a curved display that fends off reflections and gives off-center viewers a better view.

Samsung’s marketing calls its brilliant, vivid display “SUHD.” And while shoppers might think that stands for super ultra-high definition, it’s really no richer in resolution than any other 4K display. Still, Samsung’s color is excellent, its full-array backlighting is brilliant, and the smart TV’s features are zippy thanks to its octacore processor. The television even has a built-in camera for using hand gestures to control playback and volume, as well as to make Skype calls. Better get your game face on first, though.

Projector in a Pinch

Projectors can be a real pain. You’ll probably want to mount one from the ceiling, and who has power up there? And if someone wanders through the beam, the whole screen blacks out. But the LG PF1000U takes care of these concerns with an ultra short throw projector that won’t cramp your living room. Position it on a table just 4.3 inches from your wall, and you’ve got the equivalent of a 60-inch television. At 15 inches away from the wall, it throws a giant 100-inch display — good luck affording a conventional television set that size.

With 1,000 lumen of brightness and a bulb that’s estimated to last 30,000 hours, the LG projector is a great investment at just $1,399. The only downside is that it only outputs high definition video. But with embedded streaming video capabilities from cloud services like Netflix, Hulu, and MLB.TV, you won’t notice the difference anyway. 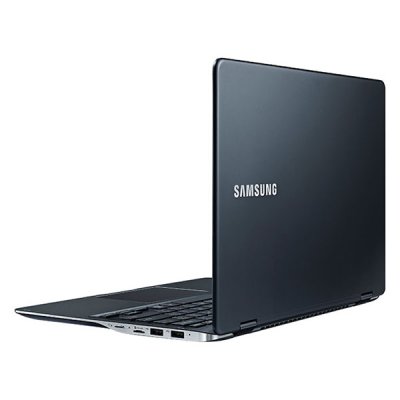 Samsung's New Laptop Is a Cheaper MacBook Air Alternative
Next Up: Editor's Pick