The celebrated leader of Burma’s battle for democracy, Aung San Suu Kyi, will lead the largest party in the country’s legislature when parliament opens today — a historic moment for a country that has been ruled by military dictators and their proxies since 1962.

Suu Kyi’s National League for Democracy won a landslide victory in elections Nov. 8, the first nationwide polls the party had taken part in since its 1990 victory was ignored by a military junta. Many of the party’s lawmakers, who in the intervening years were jailed for their opposition to military military rule, will now find themselves on the benches of a ruling party with an overwhelming mandate.

The National League for Democracy took 77 percent of elected seats in November, sweeping aside the military-backed party of outgoing President Thein Sein and bringing euphoria to Suu Kyi’s suppporters.

But under the country’s 2008 constitution, drafted by the generals before they officially ceded power, army-appointed lawmakers will still fill a quarter of the seats in the new parliament.

Under the same charter, Suu Kyi is blocked from assuming the presidency because her two sons are British citizens. Suu Kyi has said publicly that she plans to be “above the president” in the new administration. 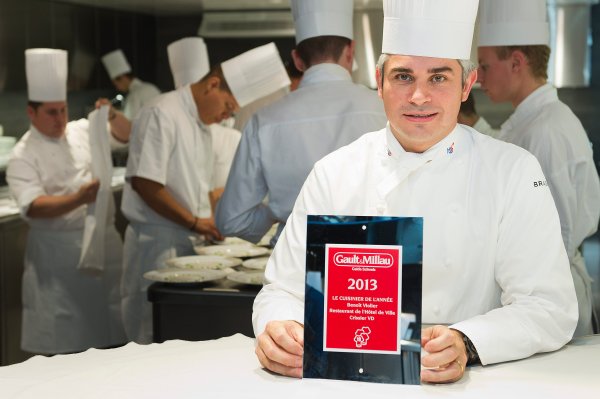 Top Chef Dead in Apparent Suicide
Next Up: Editor's Pick