Together, Ron Weasley and Hermione Granger are one of literature’s most magical love stories.

But off-screen, the actors who portrayed them had grown up together throughout the duration of the eight Harry Potter films – and not surprisingly, that made their much-anticipated kissing scene a little awkward.

“I never look back at that scene,” Rupert Grint, who played Ron opposite Emma Watson‘s Hermione, told PEOPLE on Friday at Universal Orlando’s three-day Celebration of Harry Potter event.

“I’ve known Emma since she was literally 9 years old and we had this very brother-sister relationship,” explained the English actor, 27, whose new film Moonwalkers was released this month. “And it just felt very surreal. I have a memory of her face getting closer and closer. Like, ‘Oh my God.’ I can’t really remember anything apart from that.”

Asked if he would do anything differently in the famous scene, he replied, “One take was enough. It was such a huge moment and there was so much expectation. Quite a lot of pressure actually.”

Maybe the event will be moving the west coast soon – a massive Harry Potter-themed section is coming to Universal Studios in LA. 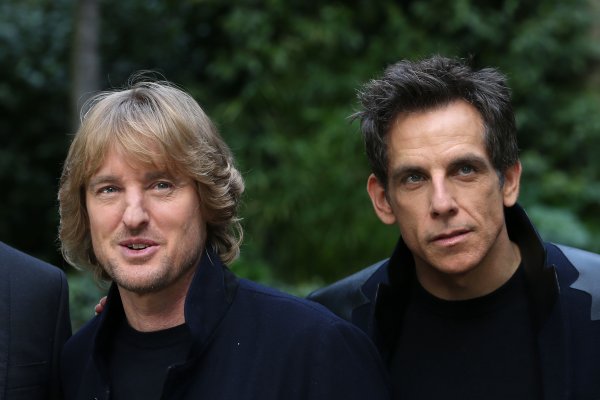 Ben Stiller and Owen Wilson Posed in a Store Window to Plug Zoolander 2
Next Up: Editor's Pick