Real Housewives of New Jersey star Teresa Giudice has a new book in which she details the difficulties of living in federal prison for a year.

The 43-year-old reality star recounts her struggles behind bars in her 261-page book, Turning The Tables: From Housewife to Inmate and Back Again, which hits shelves on Feb. 9. Giudice spent 12 months at the Federal Correctional Institute in Danbury, Conn., where she was known by fellow inmates as “Hollywood,” the New York Daily News reports.

The mother of four girls talks about how she “wanted to die” after her initial strip search and also alludes to lesbian sex among her cellmates, according to the newspaper.

Giudice and her husband Joe pleaded guilty in March 2014 to conspiracy and bankruptcy fraud charges. 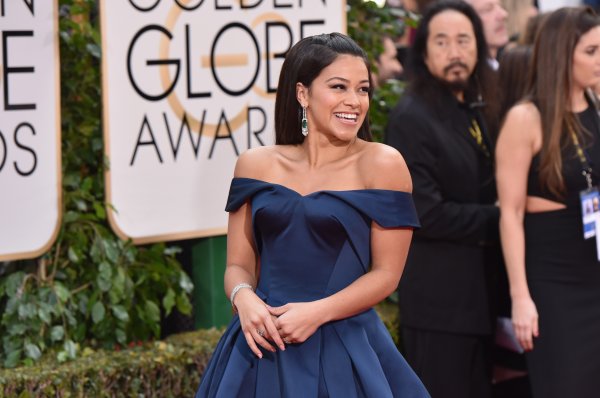 Gina Rodriguez Offers Her Golden Globes Dress to a Fan for Prom
Next Up: Editor's Pick