A player peeks at their hand, the popularity of Texas Hold 'Em Poker is increasing, both online and in person. Philthy McNasty's, on Eglinton Avenue East has tournaments every Monday in Toronto, March 7, 2005.
Steve Russell—Toronto Star via Getty Images
By Alex Altman

Ask Donald Trump why he’d make a good President, and the real estate tycoon has a ready answer. “I am a great dealmaker,” he boasts. Maybe so. But it doesn’t explain the rocket rise of Trump’s candidacy, which has been marked by few (if any) meaningful deals.

There is, however, a particular talent that Trump has consistently flashed during the GOP nominating contest. He is, by far, the best poker player in the Republican field.

Poker is a game of logic, luck and psychological warfare, and Trump has imported its cornerstone tactics to knock his opponents off balance. This is more coincidence than design; the casino owner knows the house edge, so he’s not one to frequent the tables. But Trump’s political instincts are ripped from the poker players’ handbook. 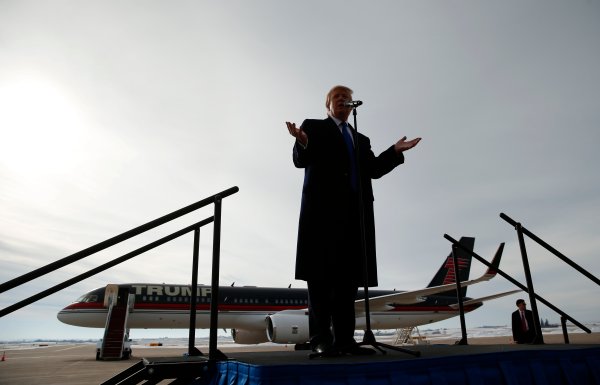 Trump Considers a Loss
Next Up: Editor's Pick