Kanye West is apologizing for one part of his extended Twitter feud with Wiz Khalifa and Amber Rose.

“God’s dream… Never speak on kids again… all love … all blessings…,” he tweeted on Friday evening.

The tweet appeared to reference a series of messages he sent during Wednesday’s social media fight that referenced the child Khalifa and his ex Rose share, 23-month-old Sebastian.

In an interview on the Allegedly podcast on Friday, Rose, 32, slammed her ex West’s choice to bring up her child.

“I would never talk about kids in an argument,” she said. “It just shows the type of person he is. Even him saying stuff about my son, I still didn’t say anything about his kids. I’m not going to. this is ridiculous. They’re innocent babies. You don’t ever, ever talk about a baby, ever.”

Rose added that she originally wasn’t planning on getting involved in the feud between Khalifa, 28, and West.

“That’s their business,” she said. “I would have kept it cute and just minded my business, but you don’t bring in my baby. That’s so corny.” 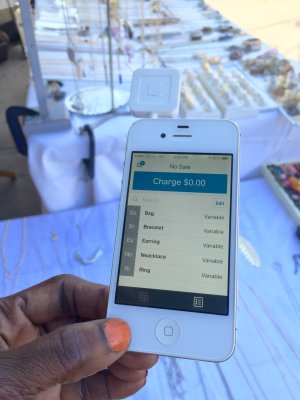 Detroit Homeless Man Accepts Credit Cards and Has a Website
Next Up: Editor's Pick