Chase ATMs Will Now Let You Withdraw Cash With a Phone

Payment by cell phone and contactless payment have become all the rage with Apple Pay and Android Pay bringing payment to you with the touch of your finger to your phone. And banks have been taking notice. MasterCard announced their own fingerprint-authenticated card in 2014 (although it still hasn’t been launched for popular use). Now, JPMorgan Chase is getting in on the action with their new ATMs.

While the ATM withdrawals won’t be contactless just yet — although Chase says that’s coming in the future — you will be able to use the Chase app to get a code you can input into the ATM. If you forgot your debit card at home, but have your phone, you’ll still be able to get cash. That’s a great convenience feature, especially considering Chase now does more ATM transactions per month than teller transactions.

Techlicious: Worst Most Common Passwords of 2015

A Chase spokesman also said that near-field communication (NFC) will be coming in the future. That’s the technology embedded in most Android and Apple smartphones that lets your phone and a payment terminal communicate to facilitate a payment — without touching the terminal or using a card.

Proponents of NFC technology say that it’s a more secure way to pay. Rather than relying on one method of identification (the numbers on your credit cards) that’s tied directly to your bank account, NFC transactions generate a new, unique account number for each transaction. Plus, your information is never seen by a cashier or other employee. That way, your credit card info can’t be easily stolen and replicated to make fraudulent purchases.

Using technology to increase payment security has become a big priority for financial institutions, as fraudulent payments have increased in recent years. The July 2015 Nilson Report showed that in 2014, annual worldwide credit and debit card fraud costs were $16.31 billion. But while chip and pin cards, which also create unique codes for every transaction, have become more prevalent, fraudsters are still trying to figure out ways to get your information.

Techlicious: How to Stop Chip Credit Card Scammers from Stealing Your Identity

While mobile and contactless transactions aren’t flawless, Chase’s new ATMs are definitely a step in the right direction.

This article originally appeared on Techlicious.com 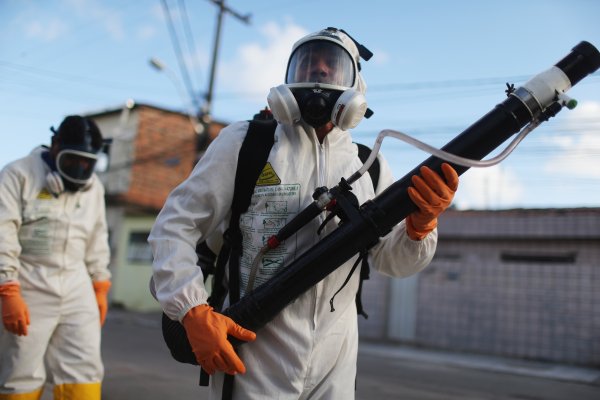 These Companies Are Working on a Zika Vaccine
Next Up: Editor's Pick