This just in from Captain Obvious: Music inspires people. It can get you in touch with feelings and memories. It can be the catalyst for big ideas. It can help you make sense of problems. It can heal.

Here’s the music that’s doing all those things for some of the most legendary entrepreneurial minds in the world:

Yes, the man who brought us Facebook is particularly fond of the woman who brought us the meat dress. Lady Gaga, of course, is boisterous pop royalty. There’s almost no chance anyone who listens to a top-40 radio station has been able to avoid her ubiquitous hits “Bad Romance,” “Poker Face,” or “Born This Way.” Adventurous listeners looking for a lesser-known gem should try out the track “The Fame.”

Daft Punk is an electronic duo that combines elements of many different musical genres into their catchy tunes. New listeners would do well to try out their infectious, funk-driven hit “Get Lucky.” Maybe you’ll get as lucky as Zuckerberg did.

Jobs’s passion for classic rock and folk music has been well documented. Must-listen choices here would be the Beatles’ iconic White Album (official title: The Beatles), Joni Mitchell’s Court and Spark, the Rolling Stones’ Sticky Fingers, and Jackson Browne’sThe Pretender. In the mood for some jazz to inspire your creativity? Try Miles Davis’s Kind of Blue. You really can’t go wrong with any album by any of these artists, though.

Inc.com: How Even the Busiest Entrepreneur Can Read 100 Books Per Year

The Virgin Group founder’s tastes are a little more edgy; the Sex Pistols are the groundbreaking punk band that paved the way for countless acts to follow in their raucous footsteps. Their gospel was nonconformity — their only studio album, Never Mind the Bollocks, Here’s the Sex Pistols, is a testament to that — and it’s no surprise that an entrepreneurial mind like Branson’s would be drawn to it.

On the other end of Branson’s musical spectrum, Peter Gabriel has enjoyed mass appeal with smash hits like “In Your Eyes” and “Solsbury Hill.” For a lesser-known tune, my personal favorite is “I Have the Touch.” As for Mike Oldfield, it’s no surprise Branson is a big fan; the 1973 album Tubular Bells famously launched Virgin Records.

The man behind SpaceX and Tesla Motors showed his sense of humor during a guest DJ appearance at L.A. radio station KCRW, opting for Trey Parker and Matt Stone’s pumped-up parody “America, F-ck Yeah” alongside Frank Sinatra’s “Fly Me to the Moon” (because of course he did). A bit of his inner vision shines through in his choice of the comedic Monty Python classic “Always Look on the Bright Side of Life.” Says Musk, “I think it is a good reminder not to get focused on the negative things in life. And my personal philosophy is I’d rather be optimistic and wrong rather than pessimistic and right.” Not bad for a guy whose optimism may eventually bring humankind to Mars.

And then there’s his reported appreciation for Andrea Bocelli. Of course you can imagine one of the world’s most storied billionaires listening to Bocelli, which Musk likely does while enjoying fine Scotch and buffing his collection of futuristic concept cars with only the finest cashmere scarves. Listen to “Time to Say Goodbye” and tell me you don’t picture the exact same thing.

Inc.com: Three Ways to get Powerful People to Talk to You

Bill Gates: U2, the Rolling Stones, the Beatles, and Broadway.

Gates is reported to be “a devotee of U2, the rock bands of his youth like the Beatles and the Rolling Stones, and tunes from the Broadway show Wicked.” While he shares Steve Jobs’s affinity for the big British Invasion bands, I like to imagine that these two rival tech giants would’ve argued for hours over what the best Beatles or Stones album was. I’m guessing Gates is a Hard Day’s Night kind of guy, whereas Jobs would’ve been more Sgt. Pepper.

Snapchat’s founder is a known music enthusiast who has been known to tweet what he’s listening to. His genres of choice include indie rock, bubblegum pop, and dreamy electronica; he has featured songs by Goldroom and Strange Talk in Snapchat’s promotional videos.

If you want to get your creative juices flowing, cue up some of these suggestions on Spotify and let your ear be your guide.

This article originally appeared on Inc.com 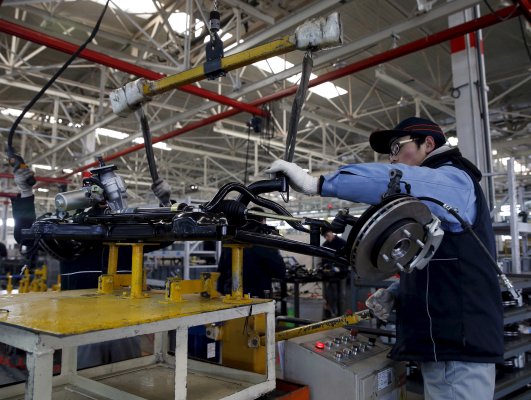