Halftime fireworks erupt during the half-time show of the NFL Super Bowl XLVIII football game between the Denver Broncos and the Seattle Seahawks in East Rutherford, N.J., on Feb. 2, 2014.
Andrew Kelly—Reuters
Ideas
By Keith A. Quesenberry
Keith A. Quesenberry is an Assistant Professor of Marketing at Messiah College and the author of Social Media Strategy.

As more than 100 million people around the U.S. and the world gather around their TVs on Feb. 7 for Super Bowl 50, many are tuning in for the ads as much as for the game. And what people are looking for in these much-anticipated and highly coveted commercial slots are mini-movies.

This year, Ford’s vice president of global marketing said the company will not run a Super Bowl ad because it does not need to boost name recognition. Yet to be a winner in the Super Bowl of Advertising, marketers must develop more than awareness. No matter how large the audience, paying upwards of $5 million for 30 seconds doesn’t make sense unless the ads pay for themselves in other ways, such as online buzz, media coverage and memorability—three things that the power of a good story can deliver.

If advertisers want to step up their game in the Super Bowl, they would be better served by looking beyond the latest fad, camera trick and celebrity. Instead, they should refer back to the master of storytelling: William Shakespeare.

My research colleague Michael Coolsen of Shippensburg University and I asked ourselves: what makes a Super Bowl ad super in terms of likability or favorability in Super Bowl Ad ratings polls like USA Today Ad Meter? After analyzing two years’ worth of Super Bowl ads, we found that beyond any other characteristics or technique such as sex appeal, animals, humor or celebrity, telling a full story made the difference between finishing at the top of the polls and landing at the bottom. And this likability or favorability of a commercial can be tied to word-of-mouth buzz, purchase intent, recall and other factors that marketers expect ads to deliver.

How can a Super Bowl marketer deliver a star performance? Our research revealed that the basis of the top Super Bowl ads was having or following a five-act story structure—the one that Shakespeare used in his popular plays. Our study coded TV ads for following a five-part story based on 19th-century German novelist Gustav Freytag’s pyramid. He noticed common patterns in plots of stories and diagramed them.

The top spots in our Super Bowl ad analysis had all five acts of Freytag’s Pyramid:

Can an advertiser accomplish all this in a minute or less? Surprisingly our results revealed that a full five-act story could be told as a mini movie.

If you look back at the Super Bowl ad polls, you will see the top spots have full stories. These are the commercials that are talked about and remembered. Other commercials may get initial attention for being controversial for using sex appeal or celebrity, but then fade away finishing near the bottom of the Super Bowl Ad polls and loosing out on valuable buzz and recall.

For example, the first place in last year’s 2015 USA Today’s Ad Meter was Budweiser’s “Lost Dog”—a commercial with a full five-act story. It doesn’t hurt that the marketer is using a cute puppy, but 60 seconds of a puppy playing with a Budweiser bottle would not have been a hit.

How is “Lost Dog” a mini-movie? Act 1 introduces the farmer, the Clydesdales and a puppy on a farm. Act 2 features the puppy sneaking into the trailer and getting lost. Act 3 shows the puppy making it back home at night only to be threatened by a growling wolf. What will happen? The Clydesdales break out of their stalls and run up the hill to save their puppy friend, leading into Act 4, when the farmer awakes at sunrise to spot the puppy and the Clydesdales running up the farm drive. Act 5 shows the farmer welcoming the puppy home and sitting down with a Budweiser.

Another good comparison between an ad that won Ad Meter and one that did not is Always’ “Like A Girl” commercial, which finished second on USA Today’s poll, and GoDaddy’s “Working” ad, which finished 55th.

“Like A Girl,” a 60-second version of a longer viral video hit that took off the previous fall, also follows a five-step storyline: Act 1 sets the scene as an audition, asking each actor and actress to run, throw and fight like a girl. Act 2 happens as the viewer realizes these characterizations are wrong. Act 3 comes when the actors or actresses realize what they are doing is wrong. Act 4 shows young girls asked the same questions and responding with positive actions. Act 5 is a call to get more people to help change the meaning of the phrase “like a girl.”

Meanwhile, “Working” is one long camera shot of a business owner working hard during the Super Bowl while everyone else is at Super Bowl parties. It is a joke with an extended punch line that only has one act—nothing happens to move the story forward. Although the Super Bowl version of “Like A Girl” only has 2.6 million YouTube views, the original viral video has more than 60.5 million views. “Working” has half a million.

In The Tempest, Shakespeare wrote: “Your tale, sir, would cure deafness.” The marketers who want to be heard above all the 50th-anniversary buzz of this year’s Super Bowl should take note.

Correction: The previous version of this article misstated the views for “Save the Data.” It was more than 17 million. 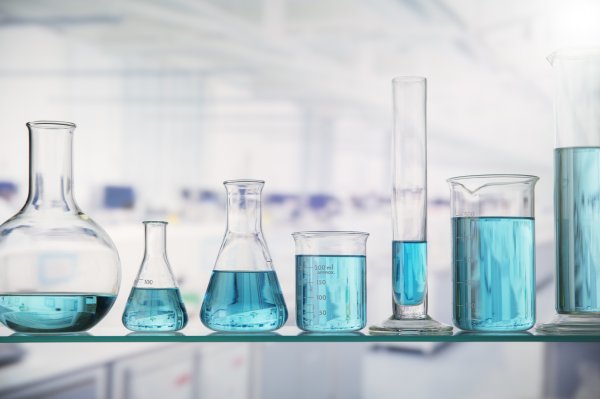 This Is the Difference Between Science and Pseudoscience
Next Up: Editor's Pick