After busting out a rendition of Ludacris’s “Move B–ch”on Thursday’s episode of Lip Sync Battle, Kaley Cuoco pulled out all the stops to recreate Britney Spears’s iconic performance of “I’m a Slave 4 U” at the 2001 MTV Video Music Awards.

Decked out in a wig, bedazzled shorts and a yellow python, the 30-year-old Big Bang Theory star strutted across the stage in an attempt to top opponent Josh Gad’s show-stealing delivery of “I Touch Myself.” Gad rode a Miley Cyrus-style wrecking ball while dressed as Donald Trump and even brought out Cuoco’s BBT co-star Johnny Galecki for a quick make-out session.

In the end, it was Gad that took home the lip-syncing championship belt, although clearly it wasn’t from a lack of effort on Cuoco’s part.

Watch the full battle above. 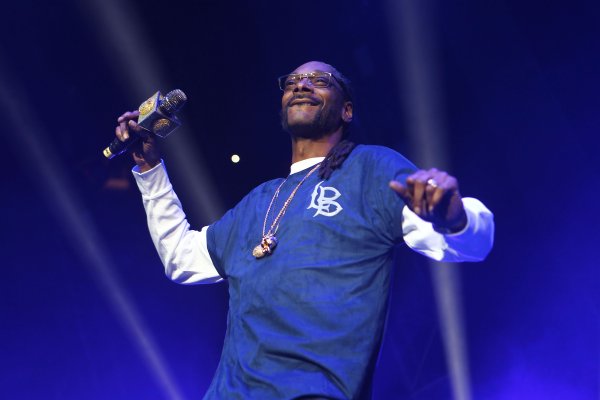 Thousands of People Have Signed a Petition for Snoop Dogg to Narrate Planet Earth
Next Up: Editor's Pick