We’ll have to wait until Feb. 28 to find out if his latest film, Bridge of Spies, takes home Best Picture at the Oscars, but Tom Hanks has already won another honor: America’s favorite actor. The Harris Poll announced Thursday that the 59-year-old star earned the No. 1 spot in 2015, rising from No. 5 in the previous year’s ranking. This marks the fifth time the two-time Oscar winner has topped the list.

Johnny Depp, Denzel Washington, John Wayne, and Harrison Ford round out the top five, with Ford jumping up four spots from 2014, thanks to his return as Han Solo in Star Wars: The Force Awakens. Sandra Bullock, Jennifer Lawrence, and Julia Roberts also made the top-10. Meryl Streep and Angelina Jolie fell off the list, having placed No. 7 and No. 10, respectively, the year prior.

Hanks will return to the big screen in 2016 as Captain Chesley “Sully” Sullenberger in the Clint Eastwood-directed biopic Sully. The film tells the story about the pilot who landed US Airways Flight 1249 in the Hudson River in January 2009, saving the lives of all 155 passengers. Sully is set for a Sept. 9 release. Hanks will also star in Inferno, the next Robert Langdon adventure from DaVinci Code author Dan Brown and director Ron Howard.

Here’s a look at the complete top 10:

For more about The Harris Poll’s findings, head here. 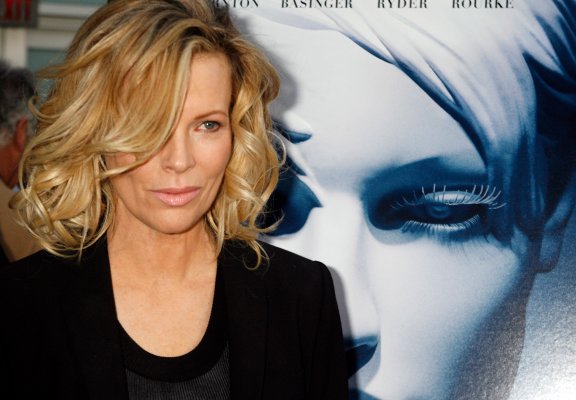 Kim Basinger in Final Talks for 'Fifty Shades Darker'
Next Up: Editor's Pick