Only White People Will Represent Straight Outta Compton at the Oscars

The only members of the creative team behind Straight Out of Compton to be invited to the Oscars are the four white screenwriters who received nominations, according to multiple reports. Ice Cube, who produced the film, was reportedly not invited, nor were black cast members.

Andrea Berloff, Jonathan Herman, S. Leigh Savidge, and Alan Wenkus, who wrote the Oscar-nominated script, will be at the ceremony, Vulture reports.

The Academy addressed the controversy Thursday, noting that only nominees are guaranteed an invitation, and the rest of the tickets are distributed by nominated studios. “The Academy invites the nominees only, and each studio gets a limited ticket allotment, based on the number of nominated films, to use at their discretion,” a spokesperson told People Magazine. “It has been this way for decades.”

The news fuels the already raging controversy over the fact that only white actors were nominated in the acting categories this year, for the second year in a row. Academy President Cheryl Boone Isaacs announced last week that some changes will be made to increase diversity within the Academy, by taking “dramatic steps to alter the makeup of our membership.” 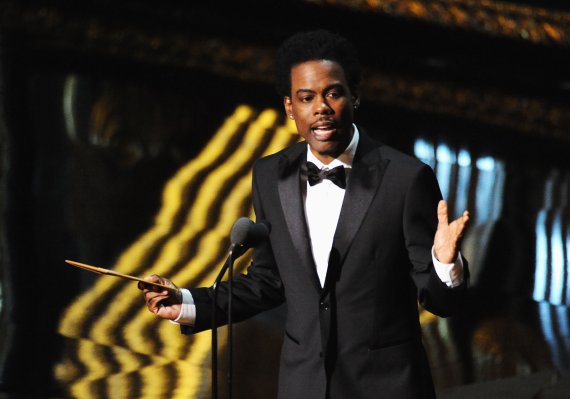 Black Stars Urge Chris Rock Not to Host the Oscars
Next Up: Editor's Pick