David Bowie Auditioned for Lord Of The Rings, Possibly for Gandalf

As if the Lord of the Rings films weren’t good enough…just imagine them with David Bowie in them!

Dominic Monaghan, who played the hobbit Merry in the films, recalled the time he saw David Bowie coming out of a reading during his first audition for the beloved films.

“I was at the Hubbard’s, which is a pretty notorious casting agency office in London, doing an audition for Lord of the Rings, and when it ended I went over and talked to John Hubbard, who was running the audition, and he said, ‘Hey, it went really well,” he told the Huffington Post. “You should wait around for 5 or 10 min. We’ll give you some feedback.”

He continued, “I thought, ‘Oh, OK, cool, and I sat in the reception office. As I was reading a magazine waiting, David Bowie came in and signed his little list and went in. And I’m assuming he read for Gandalf. I can’t think of anything else he would’ve read for it. He may have read for something else, but I’m a huge David Bowie fan, and I was lucky enough to know his son now so just seeing him in person was pretty special to me.”

Bowie, who died earlier this month after courageously battling cancer for 18 months, has had his share of acting gigs, including his iconic role as Jareth the Goblin King in Labyrinth. 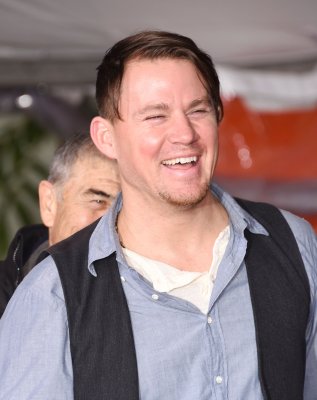 Channing Tatum Confirms That Beyoncé Is Basically Magic
Next Up: Editor's Pick