Cruz Finds Himself in Crosshairs as Trump Skips Debate

Without Donald Trump on stage, Ted Cruz found himself exposed Thursday night at the seventh GOP debate, as his rivals and the moderators pummeled the Texas senator with questions about his temperament and credentials.

Rand Paul called him inauthentic. Marco Rubio said his campaign is built on lies. Chris Christie cast him as part of a dysfunctional Washington. Even the moderators wanted to know: Why do his fellow Senators despise him?

It may prove to be a bankshot victory for Trump, who lost out on national exposure at the debate but gained by rarely being a topic of discussion, as his primary rival in Iowa struggled to contend with the assault. Without the bombastic front-runner for the GOP nomination on hand to take most of the attacks, that role fell to Cruz. He fared fine, but it was clearer than ever that Cruz’s pathway to the nomination will be anything but smooth.

Donald Trump speaks at a rally for veterans in Des Moines, Iowa on Jan. 28, 2016.
Natalie Keyssar for TIME

“If you guys ask one more mean question, I may have to leave the stage,” Cruz threatened the hosts, only half-joking. Skipping a debate, after all, seems to have proved to be a smart move for Trump, who is trying to run out the clock on a state that, by all historical markers, should never have been in play for him.

The public reason for Trump’s absence was that he felt moderator Megyn Kelly had been too tough on him and the Fox News brass disrespected him. (Fox claimed Trump demanded $5 million to show up.) Instead, Trump held a raucous rally that he claimed raised $6 million for veterans groups, although his campaign struggled to name which groups or where the money came from. Never one to worry about the details, Trump proudly said the rally “turned out to be a big monster.”

Back across town, where activists and party leaders packed an event hall in Downtown Des Moines for the last debate before the caucuses, it was clear that Cruz, who was shifted into the center lectern, was now the one with the most to lose.

As the night started, moderator Megyn Kelly opened with a question about Trump. “Let’s address the elephant not in the room tonight,” she said, turning to Cruz for his take.

Cruz was ready with his line. “Let me say I’m a maniac and everyone on this stage is stupid, fat and ugly. And Ben, you’re a terrible surgeon,” he said to chuckles. “Now that we’ve gotten the Donald Trump portion out of the way,” he trailed off in a knowing nod that voters are rewarding Trump’s bullying—and trying to prove to them that he’s worth a look, too.

The Texas senator for months has labored in Iowa, a state that rewards candidates who court the powerful evangelicals, local party bosses and political enthusiasts who, every four years, organize their neighborhoods with an eye on the White House race. Cruz is in striking distance of Trump; he has overtaken the real estate mogul in some Iowa polls and has a superior political machine in place. But he just as easily could find his leg-up knocked out from under him. Trump’s absence denied Cruz one final chance to spar with his frenemy face-to-face.

Cruz’s rivals were eager to don gloves to take shots at a candidate who rubs so many fellow Republicans the wrong way. Paul said Cruz had been inconsistent when discussing what to do with the 11 million immigrants in the country illegally. “He can’t have it both ways,” Rand Paul said of Cruz’s positions. “That’s an authenticity problem.”

Rubio added to the mix. “This is the lie that Ted’s campaign is built on,” Rubio said of Cruz’s professed conservatism. “You’ve been willing to say or do anything to get votes. … Now, you want to trump Trump on immigration.”

Christie piled on, saying he needed a translator to explain the Senate-speak that was dominating the back-and-forth between Cruz and Rubio over proposed amendments. “Stop the Washington bull and let’s get things done,” the blunt Governor suggested.

Even the debate moderators took note of Cruz’s low regard among his colleagues. “Thirteen Republican senators have endorsed other candidates, none have endorsed you,” Fox News’ Chris Wallace said.

“I am not the candidate of career politicians in Washington,” Cruz explained with indifference to his peers’ opinions. Cruz at another point objected to efforts to make the candidates distinguish themselves from one another. “It is a debate, sir,” Wallace told the former collegiate debating champion.

Rival campaigns were quick to note Cruz’s rough night. “I don’t think anyone could disagree that this was objectively Ted Cruz’s worst debate,” said Alex Connant, Rubio’s communications director. “He got it from all sides: not just Rand Paul and Marco Rubio, but also the moderators.”

As for the three Governors—Bush, Christie and Ohio’s John Kasich—the evening left them jockeying to appear the most pragmatic and most accomplished executive. All three had among their best performances of the cycle, yet they are still split the vote among Establishment-minded Republicans.

The real fight comes next week in New Hampshire, where they are in a tight cluster in the polls and trying to coalesce mainstream Republicans around one of their own. Christie strategist Mike DuHaime said he doesn’t expect a governor to emerge from the fray until after the Granite State votes on Feb. 9.

Bush was a greatly improved debater, but his answers did little to appeal to the conservatives who are rejecting his candidacy, at one point attacking Rubio for pandering to the voters who disproportionately make up the primary electorate. The 8-min exchange featured a highlight reel of Rubio’s changing stance that might as well have been cut by a Democratic super PAC.

“I’m kind of confused, because he was the sponsor of the Gang of Eight bill,” Bush said about Rubio’s record on immigration. “He cut and run because it wasn’t popular with conservatives.” Rubio retorted, “You used to support a path to citizenship,” prompting Bush to reply dryly, “So did you.”

Maybe none of the jousting matters. Iowans caucus on Monday, and those events are typically more a test of a campaign’s organization than public opinion. Turnout is typically low and tremendously unpredictable. Mike Huckabee won the 2008 caucuses with 40,000 supporters, and Rick Santorum claimed his 2012 won with fewer than 30,000 allies.

Also worth remembering: Iowans’ opinions swing wildly. Rick Santorum went into his final week of campaigning in Iowa four years ago polling in single digits. “We saw a 17-point swing in the final days,” one of his advisers tells TIME. All those months traveling around to the state’s 99 counties only rewards the traditional campaigner in the final days.

So a showing on a debate might be far less important that what the powerful pastors—whom Cruz has courted for years—tell their congregations on Sunday morning. 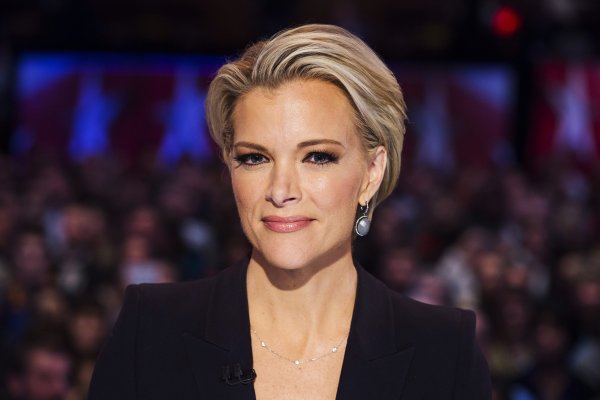 Here Are the Tough Questions Megyn Kelly Asked at the Debate
Next Up: Editor's Pick