Here's the Obvious Innovation That Fox News Brought to the Debate

Fox News pulled a new debate trick out of their bag Thursday at the Republican debate.

Moderators confronted Marco Rubio and Ted Cruz with old clips of themselves to highlight their positions on immigration, a new tactic in this series of Republican debates.

This approach may be what moderator Megyn Kelly was referring to in an interview with TIME talking about her debate preparations to prevent candidates from blowing off questions—and it worked well, culminating in a big showdown between the two rising stars.

Rubio was the first to receive the playback treatment, showing clips from Rubio’s 2010 run for Senate, where he said opposed amnesty for immigrants already in the country. Kelly then turned the clock t0 Rubio’s co-sponsorship of the “Gang of Eight” bill that proposed granting a path to citizenship for illegal immigrants. Rubio responded in high spirits, saying that his support for a path to citizenship wasn’t the same thing as amnesty.

“What I’ve always said is that this issue needs to be solved. They’ve been talking about this issue for 30 years and nothing ever happens,” Rubio said. “We are not going to round up and deport 12 million people, but we’re not going to go around handing out citizenship cards either.”

After a back-and-forth between Rubio and Jeb Bush about the futility of continuing talking about immigration reform without first stemming the tide of illegals coming across the border, Cruz was subject to his own playback.

The Texas senator was shown on the Senate floor trying to get an amendment added to the same bill Rubio co-sponsored. Cruz has said that amendment was designed to kill the bill, but Kelly argued that wasn’t how it sounded at the time. Cruz countered that his push for the amendment, which would make those in America illegally ineligible for citizenship, was important for defeating the bill.

“We can solve immigration. We just heard an argument back and forth that we can’t solve immigration,” Cruz said. “We have the tools in federal law to do this now. We can build the fence, we can triple the border patrol, we can end sanctuary cities by cutting off funding to them, we can end welfare for those here illegally—and what is missing is the political will because too many Democrats and, sadly, too many Republicans don’t want to solve this problem. If I am elected president, we will secure the border and we will end illegal immigration.”

In response Rubio attacked, calling his second-place rival out for pandering to the crowd. “This is the lie that Ted’s campaign is built on,” Rubio said. “That he’s the most conservative guy, and everyone else is a [Republican in name only]. The truth is, Ted, throughout this campaign you’ve been willing to say or do anything to get votes.”

Cruz fired back, saying that the two senators each won their seats on a promise to fight against amnesty, but only Cruz had kept his word. “We both made the identical promises, but when we came to Washington we made a different choice,” Cruz said. 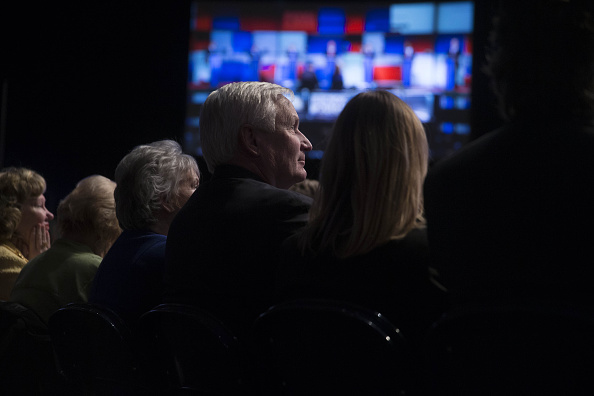 Vote Now: Who Won the Seventh Republican Presidential Debate?
Next Up: Editor's Pick