Rick Snyder speaks to the media regarding the status of the Flint water crisis on Jan. 27, 2016 at Flint City Hall.
Brett Carlsen—Getty Images
By Katie Reilly

State workers in Flint, Mich., appear to have received clean drinking water months before Governor Rick Snyder publicly admitted there was a problem with the city’s water, according to documents obtained by liberal group Progress Michigan.

The group released emails that show public officials in the city communicating about water quality and then receiving a notification about water coolers being provided in the office.

“While the City of Flint states that corrective actions are not necessary, DTMB is in the process of providing a water cooler on each occupied floor, positioned near the water fountain, so you can choose which water to drink. The coolers will arrive today and will be provided as long as the public water does not meet treatment requirements,” the Michigan Department of Technology, Management and Budget said in an advisory dated Jan. 7, 2015.

Snyder first acknowledged that the water might be contaminated with lead in October.

Caleb Buhs, a spokesman for DTMB, told the Detroit Free Press on Thursday that the department never told state employees the tap water was unsafe to drink but provided an alternative.

He said the coolers were offered due to a contamination issue the city said had already subsided, but they continued to be provided because “there were more findings as we went along,” according to the Free Press. 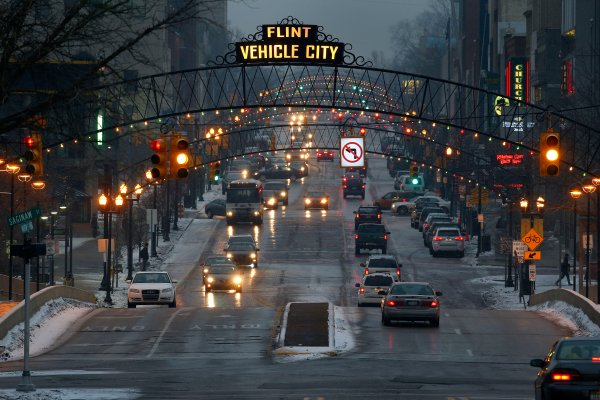