The Sanders campaign released the ad Thursday and while Clinton is not named, she seems to be the only target thanks to a line about “speaking fees.” The ad derides large financial institutions, which the narrator blames for the 2008 economic crisis, for making contributions to political campaigns to unnamed candidates.

“How does Wall Street get away with it? Millions in campaign contributions and speaking fees. Our economy works for Wall Street because it’s rigged by Wall Street. And that’s the problem,” the narrator says. “As long as Washington is bought and paid for, we can’t build an economy that works for people.”

Sanders has repeatedly said that he won’t go negative in his quest to defeat Clinton for the Democratic nomination but a recent report by the New York Times showed the Sanders campaign grappling over whether or not to attack the front-runner.

Read More: Here’s How Much Bernie Sanders Would Raise Taxes

With voting at the Iowa caucuses fast approaching, Clinton faces a test from the fast-approaching Sanders. The two are deadlocked in the latest poll of Iowa voters with Sanders leading Clinton 49-45%, within the poll’s margin of error. 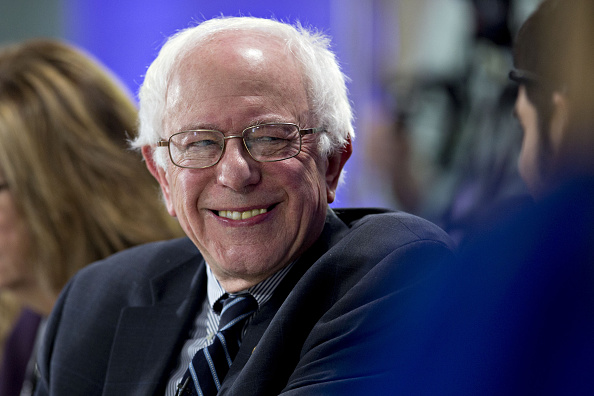 Sanders Doctor Gives Him a Clean Bill of Health
Next Up: Editor's Pick