How Flint Residents Are Fighting the Water Crisis in Court

Crisis-struck residents of Flint, Mich. are taking the contamination of their city’s water to the courts.

A federal suit announced Wednesday alleging that officials are still violating a federal law designed to protect the city’s drinking water is one of at least four separate attempts backed by Flint citizens to get legal recourse for the ongoing crisis. Here, what each major legal challenge focuses on:

1. The Safe Drinking Water Act
The federal suit filed this week by a group of pastors, a local Flint activist, the ACLU, and the Natural Resources Defense Council, accuses city and state officials of failing to comply with the Safe Drinking Water Act, a federal law that requires municipal water systems to treat and test water for contaminants like lead. The suit asks for a “full replacement of all lead service lines in the water system at no cost to customers.”

2. Negligence
In November, four Flint families filed a federal lawsuit against Gov. Rick Snyder, former Mayor Dayne Walling and former Emergency Manager Darnell Earley, and argues that officials were negligent in overseeing the switch from properly treated water from Lake Huron via Detroit to the Flint River. The lawsuit is seeking monetary damages as well as lifetime medical monitoring for children with health effects from the contaminated water.

3. Falling property values
A class-action suit seeking monetary damages was filed Jan. 15 in state court claiming that the water crisis destroyed property values throughout Flint. The suit alleges that state officials knew about elevated lead levels and should have made the information public.

4. Water bills
An additional class-action suit was filed Jan. 19 in Genesee County asking that residents not be required to pay any past or future water bills. It’s also attempting to get Genesee Circuit Judge Archie Hayman to halt any water shut-offs due to residents not paying their water bills.

Water in Flint is still unsafe to drink after the city failed to use corrosion control when it switched from Lake Huron water to the Flint River for its supply in April 2014 in part to save money. State officials said Wednesday that lead levels had continued to decrease. On Thursday, Gov. Snyder announced he was extending the state of emergency for Genesee County.

“Extending this emergency will help us continue these efforts while working on long-term solutions to help Flint recover from this tragedy,” Gov. Snyder said in a statement. 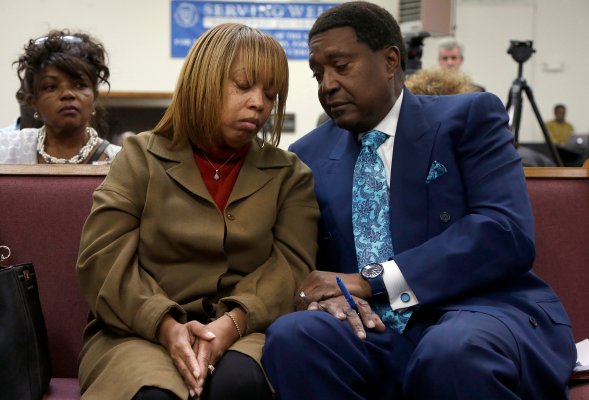