The bombs continue to fall. Nearly half a million people are at risk of starving to death. A new round of Syrian peace talks are set to resume on Friday, but no one knows who exactly will attend the summit in Geneva.

The crisis in Syria has deepened in recent weeks, and the reality of death and deprivation on the ground is casting a long shadow over the talks proposed by a United Nations envoy before they even begin. As a result, critics say this round of negotiations could be doomed to fail.

Representatives of President Bashar al-Assad have agreed to participate in the talks. But a key bloc of opposition groups said it will only attend once the regime and its international backers halt the bombardment of civilian areas and lift the sieges that continue to starve civilians to death.

The High Negotiations Committee—which represents a broad range of armed groups and political actors opposed to Assad—reiterated those and other demands in a letter to U.N. Secretary General Ban Ki-moon on Tuesday. As of Thursday, the opposition body had still not decided whether to attend the talks, raising the prospect that the summit could be postponed or sparsely attended.

The formation of the negotiating committee at a conference in Riyadh, Saudi Arabia in December had been hailed as a breakthrough in the larger quest to negotiate an end to the conflict that has killed more than a quarter million people and forced millions to flee their homes. For the first time, the top rebel groups and political actors opposed to Assad had formed a single unit capable of entering negotiations. The question then was how to set in motion credible peace talks. “You don’t want to go into a process for the sake of process,” says Aassaad Al-Achi, the Turkey-based executive director of Beitna Syria, a civil society group. “But it remains to be seen. If the regime continues to bomb the hell out of Syria and regains control, I’m not sure.”

Part of the difficulty facing U.N. envoy Staffan de Mistura is that the Assad regime is in a stronger position than it was six months ago. Russia began airstrikes in Syria in September, bolstering the regime’s forces fighting opposition groups and ISIS. The regime has also benefitted from an influx of Iranian troops, in addition to support from the Lebanese group Hezbollah who have long sided with the Syrian government.

Monitoring groups say that Russia’s airstrikes have taken a heavy toll on civilians. On Wednesday, suspected Russian airstrikes killed 44 civilians in an area held by ISIS in the eastern Deir ez Zour province, according to the Syrian Observatory for Human Rights.

The regime and its allies are on the offensive in an apparent attempt to consolidate control in the west of the country. In a stark new trend, pro-government forces have laid siege to key rebel-held areas, threatening tens of thousands of people with starvation. Human rights groups say the sieges appear to be an attempt to force armed groups to accept truces on the regime’s terms.

On Wednesday U.N. humanitarian chief Stephen O’Brien announced that the number of besieged areas in Syria had risen from 15 to 18 across the country, including blockades imposed both by the regime, ISIS, and other armed groups. Approximately 180,000 people are under siege by regime and anti-regime forces.

“The policy of siege is a tool of war. Especially the regime is using this tool to force people to accept truces,” says Bassam al-Ahmed, the spokesperson for the Violations Documentation Center, speaking by phone from Istanbul. “The regime always doesn’t care about civilians. They just only want to control this area,” he says.

The dire situation on the ground poses a dilemma for opposition groups. Either participate in the U.N.-backed talks, and risk losing support on the ground, or boycott and endanger their relationship with the United States and other western powers who are pressuring them to attend.

“It’s just a very negative environment for the opposition negotiating committee to be trying to sell to the opposition base the value of participation in talks,” says Noah Bonsey, a senior Syria analyst with International Crisis Group.

“It’s very difficult to imagine serious concessions being considered really by either side, but in particular the regime side, given the military momentum they have.”

Part of the problem for rebel groups, Bonsey says, is that they will also face pressure from armed extremist groups. In the unlikely event that the talks make progress, groups like ISIS, and al-Qaeda affiliated Jabhat al-Nusra could play a spoiler role. 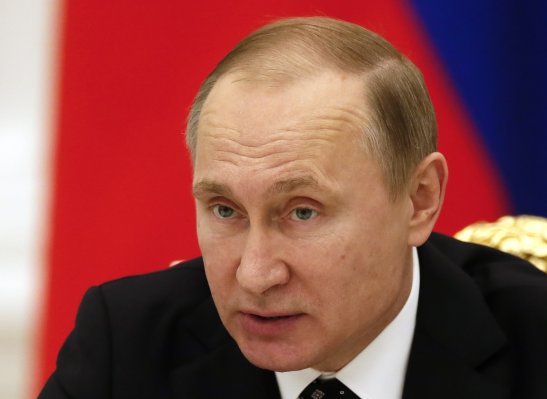