Donald Trump appeared Wednesday night on Fox News’ The O’Reilly Factor to air his grievances with the network.

Trump has been going back and forth with Fox since he declined Tuesday to participate in a presidential debate hosted by Fox News, escalating a feud between the candidate and the network. During his appearance on Bill O’Reilly’s show, he showed no signs of relenting saying, “I don’t like being taken advantage of, in this case I was being taken advantage of by Fox. I don’t like that.”

O’Reilly skipped his usual current events segment Talking Points Memo at the top of his show to go straight to the interview with his longtime friend. In an attempt to reason with the billionaire Republican front-runner, O’Reilly said that by walking away from the debate Trump was leaving supporters behind.

“You are one person away—and it’s probably going to be Hillary Clinton—from being the President of the United States,” O’Reilly said. “I submit to you that you need to change and get away from the personal ‘they hurt my feelings, they’re unfair to me’ and make it about the folks, not about you. And you elevate them to a place where you could win this if you do that.”

Trump responded that O’Reilly wasn’t far off and that his campaign, which takes him all over the country, was about one thing—making good on his promise to make America great again.

The feud with Fox stems from a back-and-forth between Trump and Fox News Host Megan Kelly. Since she questioned him bluntly in August about comments he had made about women, Trump has protested that Kelly should not be allowed to moderate any Republican debate.

Trump also complained during the O’Reilly interview about the Republican debate schedule, and suggested that Democrats had a lighter load with less debates. He added that he could do better things with his time, citing an event he will be hosting Thursday, during the debate, at Drake University in Iowa to raise funds for veterans.

“We’re going to go on forever with these debates, at some point you’ve got to start doing other things other than debating,” Trump said. 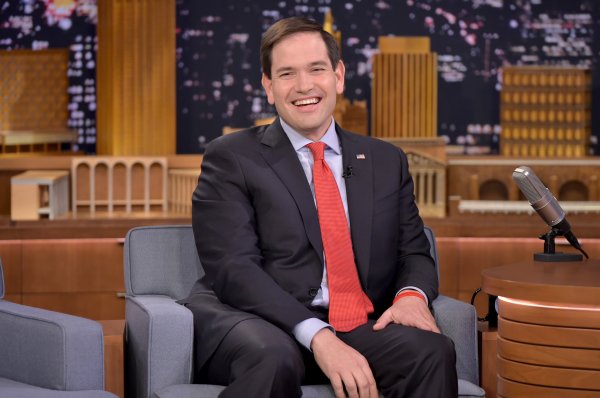 Marco Rubio Gets Religious in New Campaign Ad
Next Up: Editor's Pick