3 Numbers That Prove Facebook Is Crushing It Right Now

The Menlo Park, Calif. firm posted stellar results for the fourth quarter of 2015 on Wednesday, with adjusted earnings per share of $0.79 on revenue of $5.84 billion. Both figures trounced analysts’ expectations.

Facebook’s success comes in large part because it’s figured out how to make money from the smartphones we’re all carrying around every day.

1. The amount of money Facebook makes from advertising is up 57% year-over year. It now totals $5.6 billion.

Facebook makes nearly all of its revenue by selling space in its News Feed to advertisers. Clearly big-spending brands think there’s value in having their products and services displayed alongside baby photos and engagement announcements.

2. Four out of five of those dollars came from mobile advertisements.

People are increasingly shifting from desktop computers to mobile devices. That’s left advertisers scrambling to learn how to make money from smartphones and tablets, which have less space for ads than big desktop monitors. Facebook has cracked that nut. A full 80% of its monstrous advertising revenue comes from mobile devices — users scrolling their News Feed have no choice but to encounter ads along the way.

The social network is flirting with 1 billion daily active users on mobile, a milestone it will likely cross this year. Meanwhile, more than half of Facebook’s users only access the site or the app on mobile devices. Think about that: They never touch the desktop version of Facebook.

Facebook doesn’t break out geographic figures for this data point, but it’s likely that lots of these mobile-only users live outside the U.S. in countries where smartphones are the primary Internet access point. 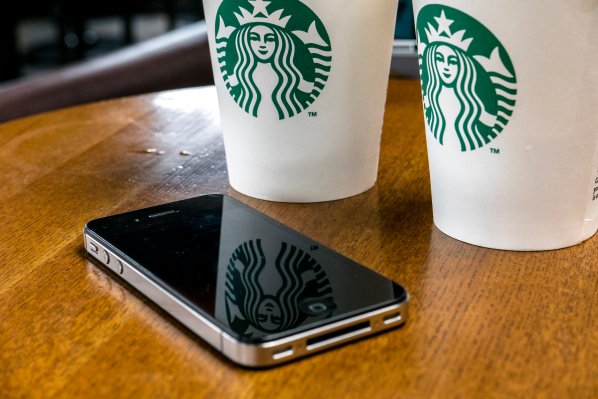 A Small Part of Apple's Business Is As Big As Starbucks
Next Up: Editor's Pick