Lessons From a Costly NFL Divorce

Super Bowl 50 be damned—2016’s biggest NFL news to date emerged not from any playoff game but from a hotel ballroom in Houston. It was there on Jan. 12 that the league’s 32 owners blessed the Rams to ditch St. Louis for Los Angeles, reversing their 1995 move. At a cost of more than $2 billion, Rams owner Stan Kroenke would build a shining complex complete with retail, office and residential space in Inglewood, southwest of L.A.

The Rams may ultimately not be alone in their stampede toward L.A.—the owners’ vote allows the San Diego Chargers one year to join the Inglewood project. (In other words, the vote allows one more year of new-stadium brinkmanship between the Chargers and their current landlords, the City of San Diego. Recent headlines have the team bound for San Antonio or perhaps staying put.) If the Chargers pass, then the Oakland Raiders in turn can set sail down the Golden Coast. For now, though, the Rams are alone.

Their return may right some past wrongs. The team probably should not have left in the first place, and surely not for St. Louis’ charmless dome. Though kids may not recall the L.A. Rams, the team has real history out West. The NFL is also likely better off with a team in that big market.

“St. Louis got jobbed on this, but if any franchise was going to move anywhere, it made the most sense for the Rams to move to Los Angeles,” says Michael MacCambridge, an NFL historian.

The Inglewood stadium may well be laudable for fan experience upon its scheduled 2019 opening, and it is laudable in the interim for siphoning relatively little money from the public treasury to fund its construction. Kroenke and his partners could get $100 million in tax breaks, a pittance considering that the proposal in St. Louis called for almost four times as much in public funding.

But if football is family, as an inescapable NFL branding campaign has recently claimed, then it’s one straight out of John Cheever. Three rich men scrambled to abandon their longtime homes for a glamorous new market.

The Rams’ relocation application to the NFL cut deep—it called St. Louis a “struggling” city. Any team that accepted the new stadium proposal, the Rams wrote, “will be well on the road to financial ruin.” Yet when Kroenke took majority team ownership in 2010, he said he would “attempt to do everything” he could to keep the Rams there. He cited his roots; indeed, he was born in Columbia, Mo., and was named Enos Stanley Kroenke after two St. Louis baseball legends. Kroenke told Sports Illustrated that the move was “extremely hard,” but “when you look at the rational, economic side, what was expected of us made no sense.”

He has a point. What was expected of the Rams was a mutually advantageous—at least according to the dubious theories of stadium subsidies—extension of the partnership between the public and the team. But to lure the Rams in 1995 to the empty dome, already built, St. Louis signed an infamous deal that promised the team a “state of the art” stadium in perpetuity. Anything less and the Rams could break their 30-year lease and scram. With those lopsided terms, the L.A. vacancy and his riches, Kroenke had no rational, economic reason to capitulate.

Says Dave Peacock, who chaired the Missouri governor’s stadium task force: “Stan Kroenke had not spoken publicly in almost four years. Actions speak louder than words, and there were no words in this case.”

As if the city hadn’t just learned a lesson about the beneficence of Big Business, the St. Louis Board of Aldermen has asked the NFL to repay $36 million in public debt on the again empty stadium. And a lawsuit filed on behalf of St. Louis fans awaits the Rams.

In time, St. Louis will relocate its dignity and learn not to miss the departed club. And in the outrage of the Rams’ jilted fans, a keen observer may find parallels to a pair of insurgent presidential candidates. Some fans surely wish they had never dallied with this billionaire. But others must wish they’d had an advocate who made a better deal. 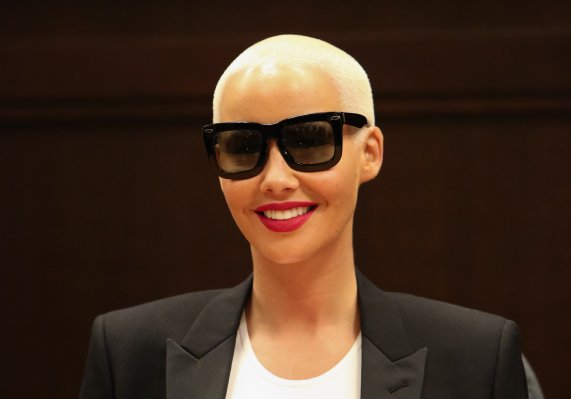 How I Learned To Stop Caring What People Think
Next Up: Editor's Pick