Ideas
By Reginald Dwayne Betts
Betts is a poet and lawyer. He created the Million Book Project, an initiative to curate libraries and install them in prisons across the country. His collection of poetry, “Felon,” explores the post-incarceration experience. In 2019, he won a National Magazine Award in Essays and Criticism for his article in the magazine about his journey from teenage carjacker to aspiring lawyer.

On Monday, President Barack Obama announced a ban on solitary confinement for juveniles and as punishment for low-level infractions in federal facilities. This recommendation, adopted from the recently released Report and Recommendations Concerning the Use of Restrictive Housing, the Ferguson Report, and Obama’s recent visit to a federal prison show there is no denying the historic shift in approach to criminal justice issues.

In 1996, I carjacked a man. I was 16 years old. After pleading guilty to the charges, I received a nine-year prison sentence. During my sentence, I spent nearly a year and a half in solitary confinement. As I’ve written before, the experience of being alone in the dark hole of a cell was torture. The first time I was put in solitary, at 16, I felt like I lost a bit of me.

Given my experience, my response to President Barack Obama’s ban on solitary confinement for juveniles and low-level offenders in federal facilities is tempered.

In his Washington Post piece, President Obama spoke of Kalief Browder. As a 16-year-old high school student, Browder was arrested for allegedly stealing a backpack. Held at Rikers Island for three years—two of which he spent in solitary confinement. Browder was released in 2013 after the prosecutor dropped all charges pending against him. He committed suicide when he was 22.

The phenomenon of prison, completely distinct from the pursuit of a safe community, has always been about the breaking of human beings. The toll it takes on the men, women, and children made to suffer under those conditions has never changed. Punishment in prison has tended to gravitate toward the extreme.

I was released in March of 2005. Ten years later, a good friend told me I had survivor’s guilt. He was referring to the years that I carry around in my head, all the men that I know who have given the better part of their lives to pacing back and forth in prison cells, often solitary cells. Most people ignore these men and women, the ones that fill up our prisons, because of a misplaced belief that the suffering they endure is commensurate with the crimes they may have committed. But I cannot.

It is possible to have a system where mercy and justice co-exist. President Obama’s op-ed reinforces the need to dramatically curb the use in confinement, but there are broader reforms around the treatment of juveniles and adults in state and federal prisons that have yet to become a part of the larger public conversation. 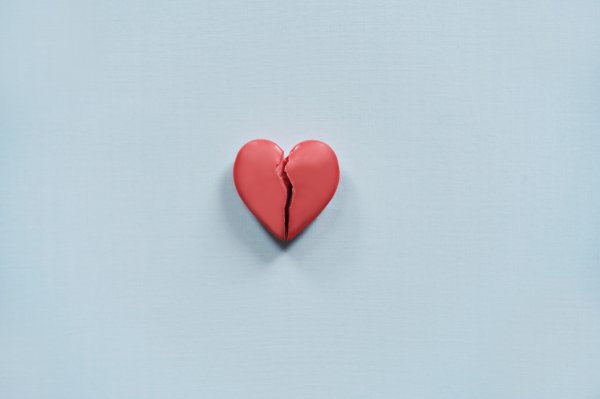 Why Some People Are Hurt More by Break-Ups Than Others
Next Up: Editor's Pick