A newly found pardon request by Nazi Adolf Eichmann is displayed in the Israeli president's residence in Jerusalem, on Jan. 27, 2016.
Jim Hollander—EPA
By Daniel White

Nazi war criminal Adolf Eichmann begged for a pardon just three days before he was executed in Israel more than 40 years ago, according to a newly released letter.

In the letter, dated May 29, 1962, Eichmann wrote to then-President Yitzhak Ben-Zvi denying responsibility for the Holocaust after he had been sentenced to death, the New York Times reports.

“There is a need to draw a line between the leaders responsible and the people like me forced to serve as mere instruments in the hands of the leaders,” wrote Eichmann, the SS officer involved with concentration camp logistics during the Holocaust. “I was not a responsible leader, and as such do not feel myself guilty.”

Eichmann was hung June 1, 1962, shortly after he wrote those words.

Eichmann’s plea for pardon is notable because, as the subject of theorist Hannah Arendt’s renowned report “Eichmann in Jerusalem,” he came to symbolize the idea that the Nazi regime implicated all participants, not just those at the top. Arendt called this idea the “banality of evil”—and it is that very idea that Eichmann rejects in his request.

“Not a moment of kindness was given to those who suffered Eichmann’s evil,” Israeli President Reuven Rivlin said in a statement accompanying the letter’s release. “Eichmann’s application for amnesty revealed here today proves that Eichmann and his family recognized that in the state of Israel, a murderer such as Eichmann would be convicted and that justice would be done.” 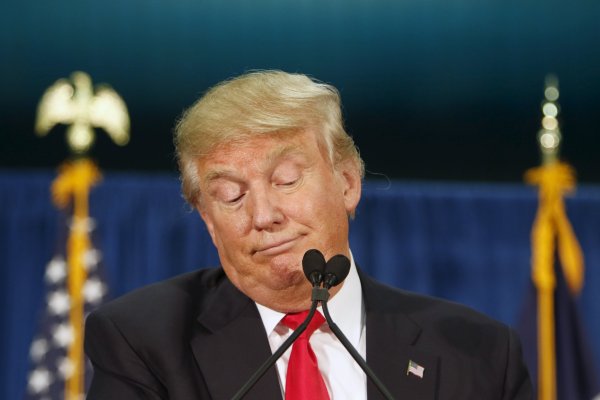 Here’s What Happens When Presidential Candidates Skip Debates
Next Up: Editor's Pick