But on Wednesday the rapper decided to go after “See You Again” rapper Wiz Khalifa in a lengthy Twitter spree that was at times hilarious (he compliments Khalifa’s pants), at times endearing (West admits to wishing he was skinnier—stars, they’re just like us!) and at times troubling (there were misogynistic insults about West’s ex-girlfriend Amber Rose, who is also the ex-wife of Khalifa and the mother of his child). West seemed to be responding to comments Khalifa made on Twitter about West’s new album title, though in his response Khalifa suggested that West perhaps misinterpreted some of what he was saying.

Update: West deleted all of his tweets, saying he wants to promote “positive energy.” Amber Rose has also responded with a somewhat NSFW tweet. 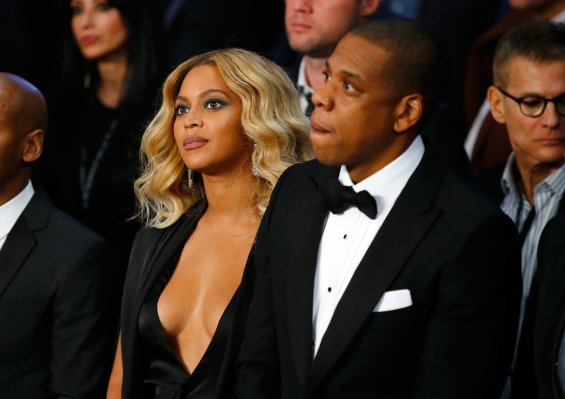 Jay Z Sued for Not Promoting His Signature Fragrance
Next Up: Editor's Pick