Google's AI Just Did Something Nobody Thought Possible

Human beings who design intelligent computers have a long history of getting those computers to beat other humans at games to prove how great their computers are. Think IBM’s Deep Blue taking down chess legend Garry Kasparov, or the same company’s Watson cleaning house on Jeopardy! against longtime champ Ken Jennings.

But there is one game that artificial intelligence has long struggled to master: Go, a board game with roots in ancient China. Go players pick either black stones or white stones, with each player placing one stone of their color every turn. The idea is to capture and remove an opponent’s stones by surrounding them with your own. When neither player wants to make another turn, the game is over. Whoever has the most stones on the board wins.

Go is simple to play. But it’s deceptively deep and especially complicated for computers. AI programs play chess by constantly mapping out the results of every possible move from any given point in a match. But Go’s sheer number of possible boards—10761—makes that extremely difficult, if not outright impossible to do in a timely fashion.

That’s why Go has become something of a holy grail for AI researchers. Challenges like these have pushed the boundaries of artificial intelligence before, bringing advancements in computing that extend far beyond making the human mind look quaintly antique. Now, it looks like those boundaries have moved again.

In a paper published in the academic journal Nature on Jan. 27, AI researchers at Google DeepMind say they’ve built an unstoppable Go-bot by using two computer programs that together emulate how humans play the game. One of those programs considers the current state of the game board, while the other picks the next move. Like our brains, both of these systems can learn from their experiences or the experiences of players before it.

As it turns out, the technique works. The researchers say their software beats other Go-playing computers 99.8% of the time, and even beat one of the world’s best human players, 5-0.

That’s a major achievement in the AI field—and the authors allowed themselves a victory lap: “This is the first time that a computer program has defeated a human professional player in the full-sized game of Go, a feat previously thought to be at least a decade away.” From here, it will be up to AI experts to apply the technique in fields beyond gaming, like medicine and business. 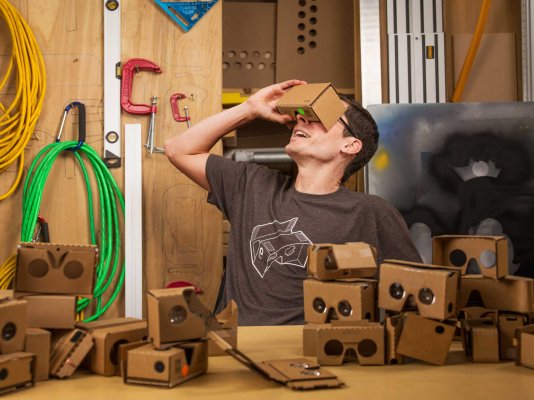 How Google Plans to Change Virtual Reality
Next Up: Editor's Pick