Budweiser
By Olivia B. Waxman

Budweiser is raising a glass to its newest Clydesdale horse Mac, its first foal of 2016 born Tuesday at 1:20 a.m.

To see him, Bud drinkers will have to giddy up over to the Warm Springs Ranch in Boonville, Missouri, home of more than 160 Clydesdale horses, a breed that originated in the mid-18th century in Scotland in Lanarkshire (aka Lanark). Its name is believed to be “inspired by” the river that runs through that area, the River Clyde, according to The Livestock Conservancy and the Clydesdale Horse Society. Historically used for pulling heavy cargo, they were brought to North America in the mid-19th century.

“The tradition of the Budweiser Clydesdales started in 1933 when they made their first-ever appearance as a gift from August A. Busch, Jr. and Adolphus Busch to their father in celebration of the repeal of Prohibition,” Anheuser-Busch said in a statement. “Realizing the marketing potential of a horse-drawn beer wagon, the company also arranged to have a second six-horse Clydesdale hitch sent to New York…The Clydesdales made a stop in Washington D.C. in April 1933 to reenact the delivery of one of the first cases of Budweiser to President Franklin Delano Roosevelt.”

Nowadays, Clydesdales are said to be primarily used for “breeding and show.” But no word on when Mac will appear in his first Super Bowl commercial. 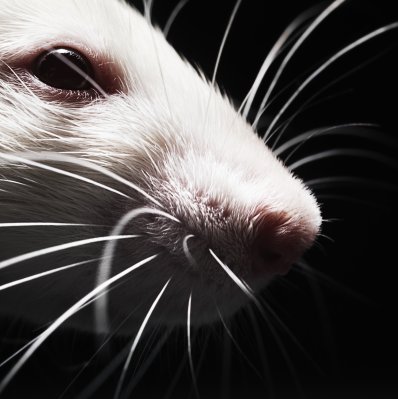 Rescued Rat Who Starred on Broadway Dies in Freak Accident
Next Up: Editor's Pick