Challenger: The Science of a Space Shuttle Disaster

There’s a terrible power to the iconic pictures of the space shuttle Challenger exploding — the orange-white fireball in the Florida sky, with the twin contrails of the solid rocket boosters briefly continuing on their journey to nowhere.

It’s been 30 years since that awful morning on Jan. 28, 1986, and an entire generation of Americans has been born and grown into young adulthood since. Yet the scenes and sounds of that moment — including the faces of the astronauts’ family members watching the disaster unfold, and the voice of the NASA announcer saying, with incongruous flatness, “Obviously a major malfunction”— have become part of the nation’s shared experience. You don’t have to have been alive on December 7, 1941 or September 11, 2001 to see the pictures from Pearl Harbor or downtown New York and feel strangely part of the day.

MORE: Challenger Disaster at 30 — How Reagan Mourned a Space Shuttle

The space shuttles never became the safe and reliable spacecraft they were originally advertised to be. They flew for 25 more years after Challenger, yes, but before they were through they claimed a second crew, when the shuttle Columbia disintegrated on reentry in 2003. It’s partly for that reason that the U.S. has since returned to the old way of getting people to space —putting them in a vehicle at the top of a rocket and bringing them home by parachute. That keeps them farther from the flaming engines during liftoff and simplifies the physics of coming back down.

But space travel will never be, and has never been, a risk-free undertaking. The day before the Challenger crew was lost, the people of NASA observed the anniversary of the deaths of Gus Grissom, Ed White and Roger Chaffee, who burned to death in an Apollo spacecraft on the launch pad during a countdown rehearsal on January 27, 1967. Those three astronauts were quietly remembered that day — and the very next morning the nation had seven more to mourn. And yet the fact that human beings keep going back to space, and surely always will, says something about the allure of the worlds beyond our own. 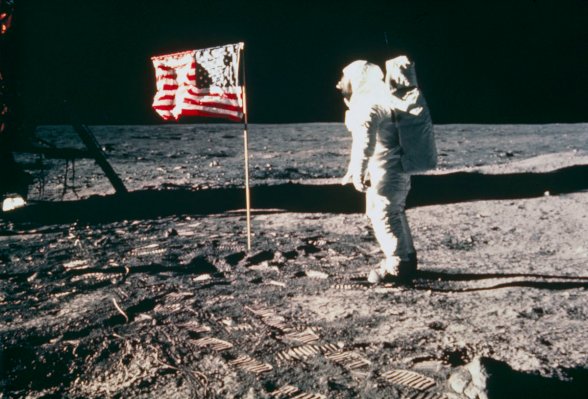 This Is Why No One Can Own the Moon
Next Up: Editor's Pick