What Your Sweat Reveals About Your Health

Every time you sop up sweat with a towel after a hard workout, you wipe away potentially revealing information.

But sweat won’t be taken for granted for much longer. A new kind of wearable technology may soon be able to continuously measure what’s in your sweat and translate it into valuable health intel, according to the promising results of a new study published in Nature.

“There are so many chemicals in sweat it’s unbelievable,” says Ali Javey, professor of electrical engineering and computer sciences at University of California, Berkeley and the paper’s senior author. “And every chemical is associated to different information about your health.”

In a project led by Javey’s Berkeley lab, a team of researchers at the University of California, Berkeley, and Stanford University developed and tested a sensor that can continuously track skin temperature and four important health markers—sodium, potassium, glucose and lactate—all through sweat. Levels of sodium and potassium, both of which are electrolytes, can signal if you’re dehydrated, and lactate can tell if your muscles are fatigued.

In the study, the scientists placed sticky electronic sensors that monitored these levels on the skin of 14 men and women. They bought sweatbands and filled them with a small flexible circuit board, which beamed the data from the sensors to an app in a smartphone, where scientists could monitor those levels live.

The men and women wore the sweatbands and sensors while doing different kinds of exercise, like cycling or running, for varying lengths of time. Some drank water, while others didn’t, and some exercised outdoors while others stayed inside.

The scientists found that the sensor worked with a remarkably small amount of sweat: only a fifth of a drop. While the group that drank water didn’t show electrolyte levels of dehydration, the thirsty group did, and the scientists were able to observe that in real time by looking at their sodium concentrations.

“It can measure a lot of things you can normally measure in blood”—the gold-standard for getting information about one’s clinical state—“but this gives you the opportunity to make many, many measurements over time,” says Ron Davis, one of the authors and professor of biochemistry and genetics and director of the Stanford Genome Technology Center.

“We realized if we wanted to find meaningful information from sweat, we needed to measure a bunch of things at the same time,” says Sam Emaminejad, co-lead author and a joint-postdoctoral scholar at University of California, Berkeley and Stanford School of Medicine. “The vision is to get as much data as possible.”

The researchers think that in the future, scientists will be able to tell even more from sweat. They’re working on minimizing the amount of sweat required for an accurate reading so that it’s possible to use without having to exercise. Biosensors like these could have multiple medical applications, including diagnosing a heavy metal poisoning, warning a person that they’re in a severe enough depressive state to warrant medication and signaling that the body is getting an infection.

“We’re going to see lots of these kinds of things in the future, trying to make medicine cheaper and better,” Davis says. “Fortunately the National Institutes of Health is taking that seriously, and there are lots of young people with a lot of excitement about how to do it.” 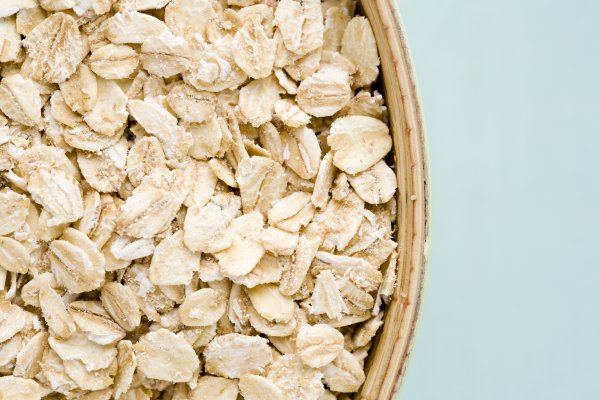