Donald Trump said this week that he will skip Thursday’s Republican debate in Iowa after Fox News rebuffed his demand that it ditch Megyn Kelly—the anchor with whom Trump has feuded for months—as the moderator.

It’s unclear what impact the front-runner’s boycott will have on his campaign. But it places Trump among the ranks of a few other Republican presidential candidates who also skipped debates in key voting states. And history doesn’t necessarily suggest Trump will suffer for the move—though it might hurt him in Iowa.

For example, George W. Bush skipped the first debates of the 2000 presidential election. He opted out of the first debate, which took place in New Hampshire, to focus on Iowa and attend a dinner honoring his wife. Bush’s opponents criticized him for disrespecting New Hampshire voters and, shortly after he skipped a second debate, a long-running TIME feature highlighting the week’s winners and losers identified Bush as one of that week’s losers: “GEORGE W. BUSH Skips another N.H. debate with rivals. Message: I don’t care. Won’t exactly woo Granite State.”

“Bush must convince New Hampshirites that he doesn’t take their votes for granted,” TIME wrote in December 1999. Sure enough, he lost the New Hampshire primary—but he later won the nomination and the presidential election.

The Bush outcome echoed the situation from decades earlier, when Ronald Reagan chose not to participate in a debate hosted by the Des Moines Register the night before the 1980 Iowa caucuses, at the advice of his campaign manager, John Sears, according to reports in the Weekly Standard:

Sears thought Reagan would become “just one of the pack” if he debated in Iowa.

“Being the front runner can give you control. The race cannot really start before he begins to compete. Without him, it’s just practice,” Sears told TIME in 1980. The magazine also reported that the future president did not take part because he said, as an act of faith, he did not like to criticize fellow Republicans. While Reagan was the front-runner in the campaign at that point, his support took a significant hit after the missed debate, falling from 50% to 26%, according to polls by the Register. As TIME explained, the debate made a big difference in the state:

Iowans were insulted by Reagan’s refusal to join the debate, which was watched by a majority of adults in the state. Reagan lost the Iowa caucus to George H.W. Bush, suddenly finding himself in a competitive race. But Reagan recovered in New Hampshire, going on to win the nomination and two terms as president.

Not every debate-skipper has followed the pattern, however: In January of 1996, Bob Dole skipped the first nationally televised debate of that year, in South Carolina, instead returning to Washington for budget talks. “I regret I can’t be there to get beat up on,” Dole said at the time, becoming a target for opponents and Republican leaders who accused him of losing his nerve and lacking commitment. Dole won the South Carolina primary anyway, and the nomination—though he lost to Bill Clinton in the general election.

Of course, if there’s anything Trump has proven this campaign cycle, it’s that past is no longer necessarily prologue in American politics. 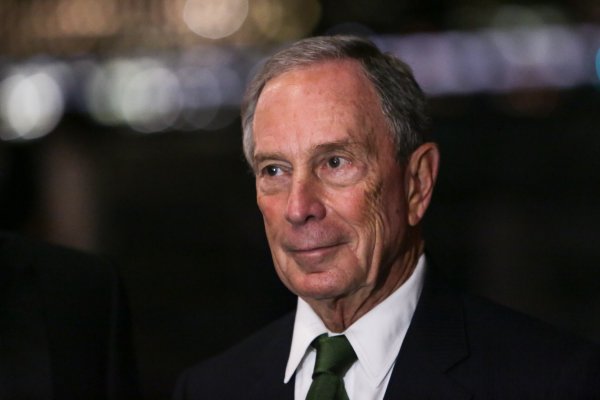 What Is Michael Bloomberg Thinking?
Next Up: Editor's Pick