A Small Part of Apple's Business Is As Big As Starbucks

The Cupertino, Calif. firm narrowly dodged the iPhone’s first ever sales drop, with revenue from the device up just 1% year-over-year. Growth in China, the company’s second-largest source of revenue, is slowing amid economic turmoil there (a strong dollar didn’t help) and the company is forecasting its first revenue decline in over a decade.

But there are upsides in Apple’s earnings report. First, none of these results came as a shock. They’re even a little better than analysts’ most dire predictions. No investors love bad news, but bad news that’s also surprising is far worse. (It’s also worth noting that the company still managed to post a staggering quarterly profit of $18.4 billion, a record not just for Apple but for any company not backed by the U.S. government.)

Second, Apple is seeing lots of growth in its ‘Services’ category, earnings from which are up 15% year-over-year for the quarter ending in December. That grouping includes music and movies purchased on iTunes, Apple’s cut of sales in the App Store, iCloud data storage subscriptions and more. Altogether, these services accounted for $5.5 billion in revenue for the quarter. That’s about the same as Starbucks’ entire business.

Still, as my Fortune colleague Adam Lashinsky points out, Apple likely chose to highlight its Services growth because of the relatively disappointing numbers elsewhere in Wednesday’s report:

Apple’s strength in Services is good news for the company. With over 1 billion devices out there in the wild, that’s a nice big install base from which it can extract more money in the form of subscriptions and downloadable content. 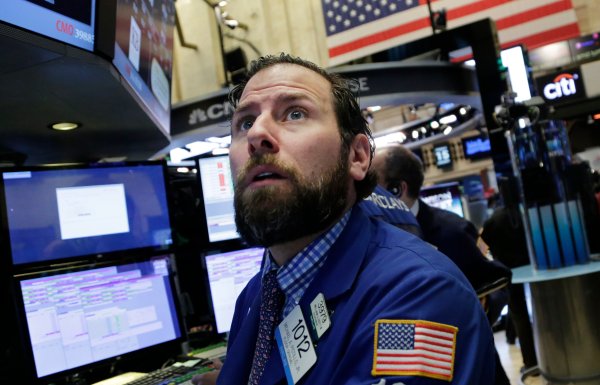 Junk Bonds Are Back—And We Should All Be Terrified
Next Up: Editor's Pick