Junk Bonds Are Back—And We Should All Be Terrified

Remember junk bonds? They’re back. We haven’t heard too much the so called “high yield debt market” since the 1980s and Michael Milken. But the high risk, potentially high-return securities known as junk bonds are behind a good chunk of current market volatility. Many of them are in the energy sector, which issued lots of debt in the aftermath of the 2008 crisis and are now at increasing risk of being downgraded or even going bust as oil prices collapse. Indeed, as Moody’s recently warned, some of the world’s biggest firms, like Royal Dutch Shell, Total, and Chesapeake Energy, are among the 175 firms that are at risk of ratings downgrades thanks to plunges in commodity prices.

Obviously, this isn’t great news for junk bond owners. But it’s a headache in the making for the rest of us too.

Why? To start, more individual investors own junk bonds than you might think. The size of the high-yield market has doubled over the last 5 years, as investors have looked for higher returns thanks to the record low interest rates imposed by central bankers in the wake of the financial crisis and Great Recession. About a quarter of those firms are in the energy sector, and lots of mutual funds and ETFs (exchanged traded funds) have invested in them in recent years, since very high oil prices made energy look like a great bet.

Now that those firms are in danger—witness the recent job and investment slashing in the U.S. shale oil and gas sector, for example. So are the mutual funds that invested in them. Just a few weeks ago, a formerly low-key mutual fund called Third Avenue was forced to halt trading and go into liquidation, the largest such market event since the financial crisis. Third Avenue had mom and pop investors, as well as lots of institutional clients, both of which counted on being able to withdraw their money at any time, as is typical with mutual funds. The problem was that they couldn’t, because the fund had invested in lots of very risky corporate debt. Why would they ? Because junk bonds offer high returns. But they also have a greater chance of blowing up, especially when rates start to rise, as they finally did last month, for the first time since 2006. When investors saw Third Avenue’s investments start to go down, they rushed to pull out their money, causing the fund itself to collapse—a classic market panic scenario.

The blow up wasn’t a singular event. It comes amidst larger market corrections, not just in corporate bonds (which have seen record outflows in recent months), but in sovereign debt, commodities, and major emerging markets like China, which recently had to halt trading on the Shanghai exchange for the second time in just a few months to avoid a major market crash. “It’s not just the corporate bond markets that have become unhinged,” says Mohamed El-Erian, chief investment advisor for Allianz, and the author of a new book tackling many of the debt driven risks in today’s markets (The Only Game in Town: Central Banks, Instability and Avoiding the Next Crises; Random House). “It’s also energy companies, emerging market currencies, and even government influenced areas like real estate in some countries.”

Each of those risky markets has something in common, and it’s the same thing that brought down the global economy in 2008—loads and loads of debt. Indeed, the junk bond market is in some ways just a canary in the coal mine for coming turbulence in other parts of the global financial markets. As one investor pointed out to me recently at the World Economic Forum in Davos, risk in junk bonds often tumbles into other areas like the higher grade bond markets and even the stock markets—consider that the telecom bust of the late 1990s started in the junk bond market and spread out from there.

So far, lots of investors will say that the risk in junk bonds is “contained.” But as another high level corporate debt investor recently put it to me, “when someone says something is contained, you should run the other way. Things are never contained.” Even if junk bonds don’t bring down the stock market, the debt that the companies issuing such bonds have created carries its own problems, since much of it has been used to pay back investors via dividends and stock buybacks, rather than for more productive investments. Debt is, of course, always at the root of financial crises—whether the junk bond market will be at the root of the next crisis remains to be seen. 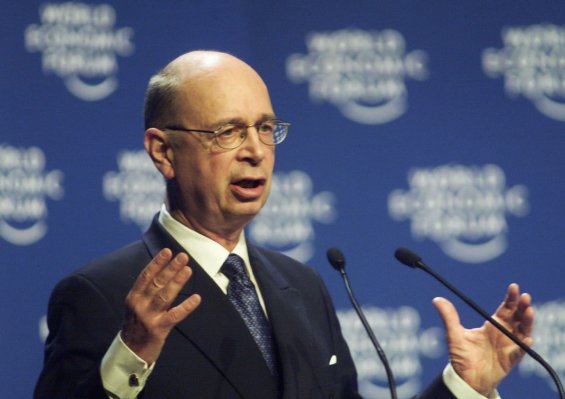 Why the World Economic Forum Is in Davos
Next Up: Editor's Pick