Michael Moore paid a visit to Megyn Kelly on Tuesday night and promptly derailed her interview plans by telling her “I feel bad for you” after Donald Trump said he would skip a Fox News debate because she will be the moderator.

The Oscar-winning director talked about his new film Where to Invade Next and his views on the current political landscape, expressing disappointment in Obama’s time in office and saying he has liked Hillary Clinton since the ’90s despite saying parts of her campaign strategy were “disgusting” in 2008.

“Before I leave,” Moore said, “I just wanna say again, you know, Roger Ailes, Rupert Murdoch, to get elected president in this company, you have to come on this network, you have to play ball with this network. Donald Trump today said ‘I’m not playing ball with this network.’ That’s a historic moment. And it’s gonna be interesting to see where the real power is. Trump says he doesn’t need Fox News. I think Fox News probably has something else to say about that … You’ve made this happen, you’ve caused a crisis upstairs here!” 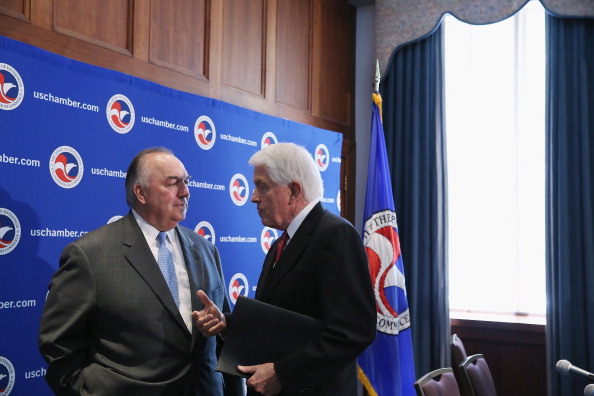 Trade Groups Tell Businesses to Keep Quiet on Spending
Next Up: Editor's Pick