Rihanna arrives at Rihanna in Santa Monica, Calif., on on Dec. 10, 2015.
Axelle/Bauer-Griffin—FilmMagic
By Nolan Feeney

Rihanna’s long-awaited new album, Anti, might finally be on its way: the singer has shared a new Drake collaboration a few days after hinting that she finished the record.

“Work,” featuring the Toronto rapper, debuted on radio stations around the world, including BBC Radio 1 and Z100 New York around 8 a.m. EST on Wednesday. You can hear it on Tidal, the subscription streaming-music service Rihanna owns a stake in. The two, who first collaborated on 2010’s “What’s My Name,” reportedly shot a music video for the song earlier this month.

On Monday, Rihanna tweeted a picture of herself with the caption, “Listening to ANTI,” implying that the album—the famously prolific singer’s first since 2012’s Unapologetic—was finally complete after months of teasing.

Rihanna first released a single, the Kanye West-Paul McCartney collaboration “FourFiveSeconds,” more than a year ago. Other songs and music videos followed (“Bitch Better Have My Money,” “American Oxygen”) but an album didn’t. Even after unveiling the album’s art work, its title and dates for a world tour, it was unclear, exactly, when fans would actually hear new music—until now.

Last year’s songs may not ultimately make the cut, however, as Rihanna referred to “Work” as the “first single” from Anti on Twitter.

Rihanna kicks off the Anti World Tour next month in San Diego, Calif. 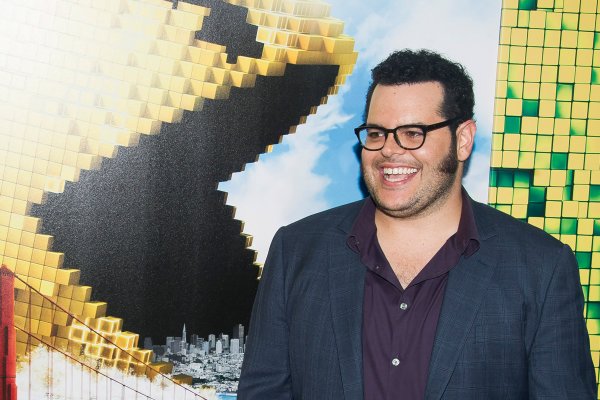 Watch Josh Gad Lip Sync 'I Touch Myself' Dressed as Donald Trump
Next Up: Editor's Pick