Attorney John Burris, right, talks with Gwendolyn Woods, the mother of Mario Woods, the man killed by San Francisco police after they say he appeared to raise a knife and approach an officer, San Francisco, Jan. 18, 2016
Jeff Chiu—AP
By Katy Steinmetz / San Francisco

Members of San Francisco’s African-American community sat shoulder-to-shoulder in City Hall here Tuesday afternoon, waiting for local lawmakers to get to an item about halfway through their agenda. The proposal was to designate July 22 as Mario Woods Remembrance Day—a somber occasion named for a young black man who died in a police shooting on Dec. 2. Members of his family sat in the front row, with benches of supporters behind and beside them.

After noting that local investigations into exactly what happened that day are still ongoing, the city’s political leaders unanimously voted to call for a federal investigation into the case—and to create Mario Woods Remembrance Day. Several of them left their plush chairs at the front of the room so they could hug his mother, Gwendolyn Woods, after one of the votes. Gwendolyn Woods has become a local political icon since finding out about her son’s death on Facebook, as bystander videos of the shooting went viral.

“I have to live my life without him and all the hopes I had and all my dreams,” she said Tuesday. “Sometimes you have to stand and look life in the eye and go toe to toe. … Everyone can’t be bullied.”

For the leading politicians of this city—which has seen its black population dwindle to less than 6% from more than double that in 1970—it was a moment to combat what they and activists have called an erosion of trust between police and the community. Activists have drawn parallels between Woods’ shooting and the deaths of other black men after encounters with police, which have sparked protests and sometimes violent clashes in Ferguson, Mo., Baltimore and elsewhere.

Police have said that Woods was suspected in a stabbing and wielding a knife at the time of the shooting, endangering officers. A bystander’s video released by the law office of John Burris, who has filed a lawsuit on behalf of the family, shows police surrounding Woods as he crouches and stands near a wall. It is hard to make out if anything is in his hands, but the woman filming the events repeatedly yells, “Just drop it!” At the time when the first shot is fired, Woods is slowly walking away from the officers and his hands appear to be at his sides.

Supervisor Malia Cohen, who represents the relatively impoverished district where Woods was shot, also proposed a ballot measure for a citywide vote in June, which if approved would require an investigation by the Office of Citizens’ Complaints after every incident in which a police officer causes injury or death by discharging their firearm—mistakenly or on purpose. Right now, she said, that happens between 40% and 50% of the time. Defying rules for keeping silent in public hearings, the room broke into cheers and clapping.

“We are living in really challenging times,” Cohen said. “You’ve seen the protests all over the country.” She said she was proposing that the issue be voted on citywide, rather than solely dealt with by the board, because “everyone needs to know what’s going on. These are not just incidents that happen on the Southeast Side.”

MORE The Problem With Policing the Police

Regardless of what details are revealed about Woods’ shooting, many locals and lawmakers appear determined to use the occasion of Woods’ death as a means to change—from getting answers to unsolved murder cases in which young black people have been the victims, to the level of transparency in local government. “We as San Francisco, the city of St. Francis, see nothing wrong with recognizing that we have a problem,” said Supervisor David Campos, who introduced the resolution to memorialize July 22 in Woods’ name. And he addressed the crowd: “By standing up to the bullying and intimidations that we have seen you’re not only standing up for yourself, for your family, but you’re standing up for an entire city that says we do not have to choose between intimidation and compassion.” 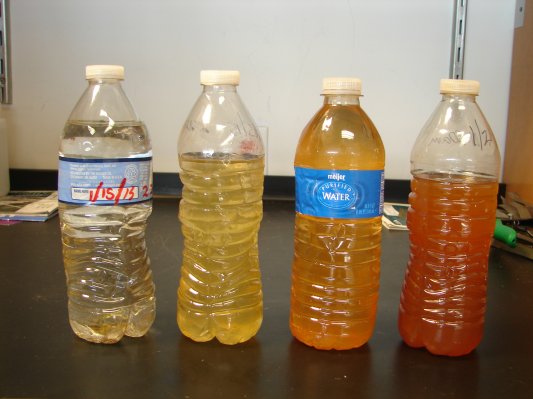 How an American City Was Poisoned
Next Up: Editor's Pick