One of the fastest growing racial groups in the country isn’t a single racial group–it’s people from multiracial backgrounds, the children of interracial unions. A new study has found however, that young women are much more likely to call themselves multiracial than young men are.

And by 2050, as those numbers continue to rise, social scientists estimate that one out of every five Americans will be mixed-race.

How will this growing population choose to identify themselves? Will they embrace one parent’s background more than the other? Will they create a blend of the two? Or will they create something completely new?

Read More: The Realities of Raising a Kid of a Different Race

To find out, Lauren Davenport, professor of political science at Stanford, sifted data from tens of thousands of incoming college freshmen with multi-racial backgrounds across the country.

Why? Davenport speculates in her study that in general it may be easier for biracial women to cross between societies, because they are stereotyped as “a mysterious, intriguing racial ‘other,’’ while biracial men may be more likely to be perceived simply as ‘people of color.’ Davenport’s argument: “the different ways that biracial people are viewed by others influences how they see themselves.”

And some religious affiliations appeared to encourage children of interracial parents to pick one side or the other. When a family identified with an “ethnically homogenous religion,” such as Baptists, Davenport’s study shows, children of interracial parents were more likely to identify themselves with only one racial category, instead of as multiracial.

Davenport finds it interesting that children of black-white unions are the most likely to identify themselves as multiracial, because choosing that identity stands in opposition to the American history of the “one-drop” rule that defined anyone with black ancestors as black.

The largest multiple race population in the U.S. has black and white ancestry, and for them, “a multiracial identification is the new normal” writes Davenport. She suggests that’s because it offers the opportunity “to assert a new identity, one that incorporates both their black and white heritages.”

Identifying as mixed race is not just a matter of personal preference. “How biracial people choose to identify is more than an assertion of their racial group attachments,” she writes. “It also has real political consequences.” These include the distribution of political resources, the implementation of affirmative action policies, and the enforcement of anti-discrimination laws.

“This population is a young one,” she writes. So it’s not clear yet how their attitudes will affect policy.

What is clear: the way children of interracial parents think about race is poised to shape the mind of the nation. 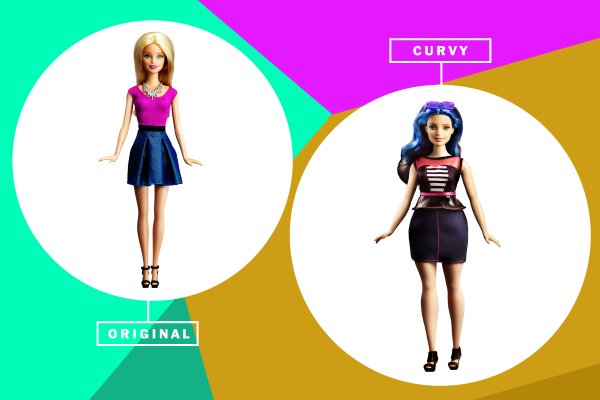 At Last, My Long Parental Nightmare of Avoiding Barbie Is Over
Next Up: Editor's Pick