The Doomsday Clock remains at three minutes to midnight, the closest to the brink of global destruction since the height of the Cold War, representatives of the Bulletin of the Atomic Scientists announced Tuesday.

Constructed in 1947 as an indicator of an oncoming nuclear catastrophe, the Doomsday Clock now factors in climate change and other threats to humanity as well in its projections of global safety. The clock, which counts down to an apocalypse at midnight, has moved some 21 times since it was put in place.

Last year, the clock was moved forward to just three minutes to midnight, largely because of climate change and what was seen as unchecked nuclear proliferation. Scientists from the Bulletin cited many of the same reasons this year, but noted that there were bright spots such as the Iran deal and the climate talks in Paris.

“That decision is not good news, but an expression of dismay that world leaders continue to fail to focus their efforts and the world’s attention on reducing the extreme danger posed by nuclear weapons and climate change,” The Bulletin of the Atomic Scientists Science and Security Board wrote in a statement. “When we call these dangers existential, that is exactly what we mean: They threaten the very existence of civilization and therefore should be the first order of business for leaders who care about their constituents and their countries.” 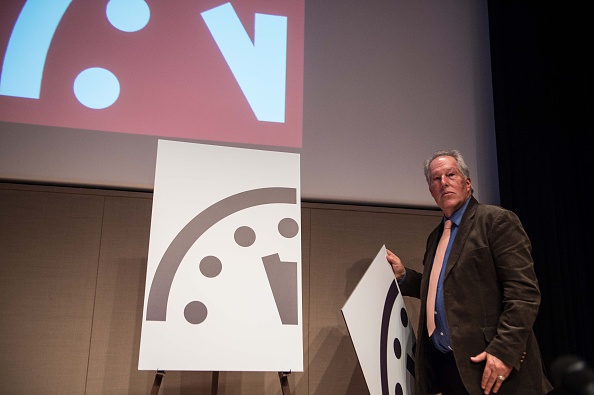 4 Times the World Came Close to 'Doomsday'
Next Up: Editor's Pick