How the Planned Parenthood Video Mastermind Got Charged

Three years after David Daleiden launched his plot against Planned Parenthood, and six months after the release of his undercover videos triggered a national political tempest, the first criminal indictments were finally handed down Monday in connection with the sting.

Prosecution was one of the goals of the intricate caper from the beginning, Troy Newman, a Daleiden associate and fellow antiabortion activist, told TIME in an interview last year. But in a surprise twist, it’s Daleiden, not Planned Parenthood, on the business end of criminal charges.

A grand jury in Harris County, Tex., indicted Daleiden, 27, on two counts: one second-degree felony charge of tampering with a governmental record, and a misdemeanor charge related to the prohibition of the purchase and sale of human organs. Under Texas law, the felony charge carries a penalty of up to 20 years in prison.

The allegations stem from a visit Daleiden made last April to the Houston offices of Planned Parenthood Gulf Coast, an affiliate housed in a gleaming new building of blue-tinted glass near the University of Houston. At this point, Daleiden was nearing the end of a 30-month caper, which saw him train a team of undercover activists to help him infiltrate Planned Parenthood by posing as representatives of a fake tissue-procurement company. The goal was to surreptitiously record videos that could prove the organization had illegally sold fetal tissue for profit.

Daleiden and an associate breezed past the building’s metal detector, and allegedly presented as identification a phony California drivers license with the name of an alias, Robert Sarkis. In normal cases, the use of a fake ID would not warrant felony charges; a grand jury would not, for example, throw the book at an underage kid using a phony government ID to pick up a six-pack of beer. But Texas state law includes a provision that elevates this transgression—knowingly using a fake government document—to a second-degree felony if “the intent is to defraud or harm another.” The grand jury decided that Daleiden’s goal was to do just that, by using his cover story to make a covert recording designed to damage Planned Parenthood’s reputation.

At first the plan seemed to be working. Daleiden’s nonprofit organization, the Center for Medical Progress, began releasing its surreptitious footage in July. Soon after, 11 states launched investigations into Daleiden’s allegation that Planned Parenthood profits from the sale of aborted fetal tissue to medical researchers. (Fetal-tissue research is a long-standing and legitimate field of scientific inquiry, but providers are only allowed to recoup their costs.) One of those states was Texas, where a spate of Republican politicians, including Gov. Greg Abbott, called for a criminal probe into the organization’s practices.

Harris County District Attorney Devon Anderson began that investigation last August, according to a spokesman, collaborating with law enforcement on a probe with subpoena power that stretched well into the fall. In December, the case was referred to the grand jury—but by that time, the Planned Parenthood affiliate was no longer the target. The grand jury never even took a vote on whether to charge Planned Parenthood with a crime. Instead, it concluded that Daleiden and his associate, identified as Sandra Merritt, 62, should be indicted.

The additional misdemeanor charge against Daleiden stems from a letter he sent to the Planned Parenthood affiliate a few months after the meeting, according to Josh Schaffer, an attorney for Planned Parenthood Gulf Coast. (A copy of the indictment was not yet available as of Tuesday afternoon.) Attaching a proposed contract, Daleiden offered to pay up to $1,600 per fetal tissue specimen, according to Schaffer, who suggests the steep price was designed to illustrate profit.

In a statement released Monday night, the Center for Medical Progress said it had followed all applicable laws. “We respect the processes of the Harris County District Attorney,” the statement said, “and note that buying fetal tissue requires a seller as well.”

Schaffer said Daleiden was “masterful” at networking his way into Planned Parenthood clinics, a process that involved creating a fake company, replete with state filings and business cards adorned with a bubbling beaker. And Daleiden was schooled in the science and terminology of fetal tissue research. (Daleiden told TIME that he drilled his collaborators using flash cards and vocabulary lists to avoid a misstep that could ruin the ruse.) But he was “borderline illiterate” on the research process, Schaffer says, and raised alarm bells after his visit to Houston by quickly advancing a contract offer.

“He basically pulled out an engagement ring after the first date,” Schaffer said.

Peter Breen, Daleiden’s lawyer, told TIME that the allegation Daleiden intended to buy fetal tissue was meritless. “Everybody in the country knows that Biomax [Procurement Services, the fake business Daleiden used as a backstory] was a front company meant to gather evidence of wrongdoing,” he said. As for the alleged use of a fake ID, Breen said the Center for Medical Progress followed standard conventions of investigative journalism, and was not aware a similar scenario that prompted a felony charge. “That law was not intended at all to apply to this sort of conduct,” he said.

Planned Parenthood, which on Jan. 14 filed a civil suit against Daleiden and several alleged collaborators, called the indictment a vindication. “These people broke the law to spread malicious lies about Planned Parenthood in order to advance their extreme anti-abortion political agenda,” said Eric Ferrero, a Planned Parenthood spokesman. “As the dust settles and the truth comes out, it’s become totally clear that the only people who engaged in wrongdoing are the criminals behind this fraud, and we’re glad they’re being held accountable.”

Prosecutors could still opt not to try Daleiden, or seek a plea bargain with attorneys. But in a way, a splashy trial would generate precisely the sort of publicity that Daleiden has sought to draw to a once-arcane issue.

“Whether or not the case goes to trial depends on how much of a martyr he wants to be,” said Schaffer. As for Daleiden, he seemed to signal his appetite for a fight in an email to TIME after Planned Parenthood filed its suit earlier this month. 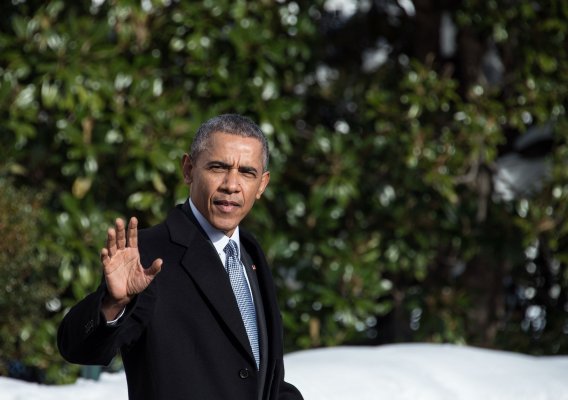 Obama Bans Solitary Confinement for Juveniles
Next Up: Editor's Pick