China to George Soros: Do Not Doubt Us

China’s state press is warning George Soros not to bet against its currency after the hedge fund star-turned philanthropist predicted a “hard landing” for its economy last week.

“Soros’ challenge against the renminbi and Hong Kong dollar is unlikely to succeed, there is no doubt about that,” the overseas edition of People’s Daily, the Communist Party’s main mouthpiece, said Tuesday.

The admonition came after Soros predicted more trouble for the Chinese economy, which is hampered by capital outflows, old industries in recession, and still-mounting debt. Soros is known for his 1992 bet against the pound and famously breaking the Bank of England, earning $1 billion in the process. His investment record since then is far from perfect, but that 1992 bet sterling has been a warning to all central banks ever since against trying to defend unrealistically strong exchange rates.

But China’s warning was strange for one reason: Soros never said he was betting against the renminbi or Hong Kong dollar.

At the World Economic Forum in Davos, Soros was light on specifics, only saying he was betting against U.S. stocks and Asian currencies.

China has reason to be defensive. In addition to Soros’ history, the renminbi has weakened against the U.S. dollar over the past year—six percent since the summer—driving capital outflows, which according to estimates may have reached $1 trillion last year.

The country’s central bank has promised to keep the currency stable. And today, the yuan jumped higher in offshore trading, probably because of central bank purchases.

China’s technocrats have plenty of economic problems to deal with, even if they don’t have to battle Soros (the local stock market fell another 6% Tuesday to a new 14-month low). But in lashing out at ‘speculators’, they may only repeat the familiar mistake of drawing attention to the problem they want to deny, ultimately inviting more aggressive and better-funded bets against their policy. 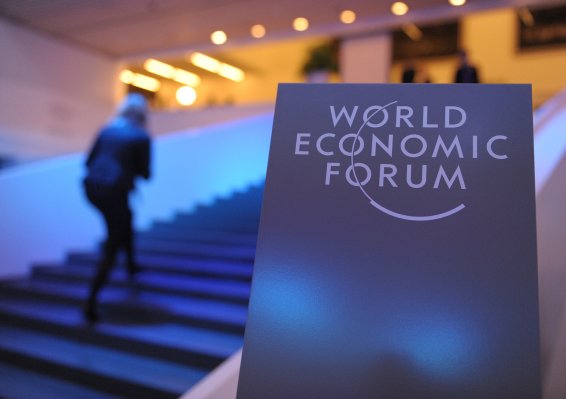 Why This Year's World Economic Forum Matters
Next Up: Editor's Pick