The Silliest Martian Jokes of the Space Age

A young woman wears a plastic globe on her head, like an alien or an astronaut, smoking a cigarette in a holder and holding the receiver of a pay telephone, in Greenwich Village, New York, New York, mid 1950s.
Weegee(Arthur Fellig)—International Center of Photography / Getty Images
By Lily Rothman

The things a culture jokes about can reveal its more serious concerns—or at least that’s what TIME posited in 1958, when the magazine reprinted a list of one-liner space jokes. At the time, the Cold War and the Space Race had infiltrated the zeitgeist in the most serious of ways: It was a year after the launch of Sputnik 1, and the United Nations was setting up its ad hoc Committee on the Peaceful Uses of Outer Space.

But that doesn’t mean the jokes aren’t stupid.

Here are just a few:

The germ of the jokes was a “partisan political yak” that had been circulating, in which a Martian approaches President Eisenhower and asks to be taken to his leader—the gag being that Eisenhower himself was failing to lead. Another variant referred to that summer’s “Vicuña Coat Case,” a scandal in which a top White House aide accepted a fur coat and other inappropriate gifts from a friend under federal investigation. “A gift-bearing Martian, wearing a vicuna coat, last summer landed on the White House front lawn, skittered up to a guard,” began the joke. The punchline: “Lead me to your taker.”

Read the rest, here in the TIME Vault: Out of This World 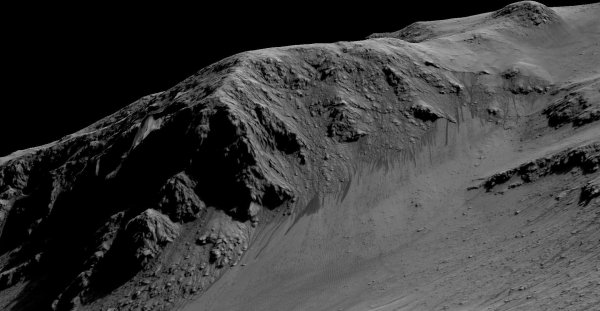 Here Are Twitter's Best Jokes About Water on Mars
Next Up: Editor's Pick