Zika Virus Could Be Spread Through Sex, Cases Suggest

A small amount of evidence suggests the Zika virus, which has been linked to paralysis and brain damage in infants, could be transmitted by sex.

Despite only two such known cases being described in medical literature, some experts feel that federal authorities should inform all travelers, not just pregnant women, of the potential dangers, reports the New York Times.

The first case occurred when scientists found high levels of the Zika virus in the semen of an unidentified 44-year-old man from French Polynesia.

The second episode occurred in 2008 in Colorado, where a specialist in insect-borne diseases, Brian D. Foy, fell ill with symptoms typical of several mosquito-borne illnesses after a trip to Senegal. A few days following his return, his wife showed similar symptoms to him and their blood samples later tested positive for the Zika virus. Neither passed the disease to their kids or close family, so the couple realized it could have been sexually transmitted.

Foy later wrote about his experience in 2011 and has been trying to get funds to research the phenomenon.

Officials from Centers for Disease Control and Prevention (CDC), according to the Times, say evidence is insufficient to warrant a warning to all travelers as the two instances suggest a “theoretical risk” of sexual transmission. 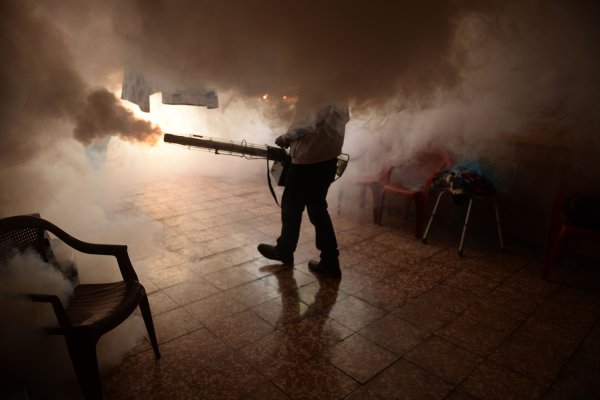 El Salvador Asks People Not to Have Children for Two Years Due to Zika Virus
Next Up: Editor's Pick