A general view of the former Miami Beach home of the late Colombian drug lord Pablo Escobar as it is demolished on January 19, 2016 in Miami Beach, Florida.
Manny Hernandez —Getty Images
By Tara John

A safe has been found by construction workers demolishing the Miami beach mansion of Colombian drug lord Pablo Escobar.

The white was found within the concrete foundation of the house, reports CBS News, in the last wall of the pink beachfront mansion to be knocked down.

Christian de Berdouare and Jennifer Valoppi, who are restaurant owners, plan to open the safe shortly.

Escobar, whose Medellin drugs cartel was accused of being behind up to 80% of all the cocaine shipped to the U.S., bought the mansion in 1980 and had it for seven years before it was seized by the US authorities, reports the BBC. He died in a shootout with Colombian government forces in 1993.

The owners said they were unaware of its history when they bought the four-bedroom mansion in 2014. 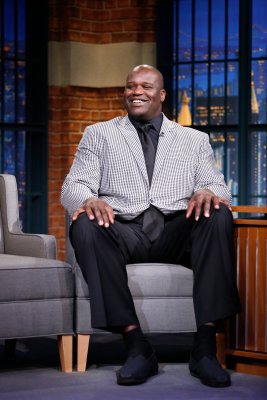 Shaq Surprises Florida Cop for Pickup Game With Kids
Next Up: Editor's Pick