The U.S. Is Point-Blank Accusing Vladimir Putin of Corruption

Russian President Vladimir Putin leads a meeting of the presidential education council in the Kremlin in Moscow on Jan. 21, 2016
Alexei Nikolsky—AP
By Nash Jenkins

The U.S. government has for the first time directly accused Russian President Vladimir Putin of corruption, the BBC reports.

In an interview with the BBC program Panorama, U.S. Treasury official Adam Szubin said that the U.S. government has believed Putin to be corrupt for “many, many years.” The U.S. levied sanctions against Putin and his political allies in 2014, pointing to the President’s dubious investments in the energy industry but did not claim outright that he was corrupt at the time.

“We’ve seen him enriching his friends, his close allies, and marginalizing those who he doesn’t view as friends using state assets,” Szubin, who oversees the Treasury’s sanctions, told the BBC. “Whether that’s Russia’s energy wealth, whether it’s other state contracts, he directs those to whom he believes will serve him and excludes those who don’t. To me, that is a picture of corruption.”

He continued: “He supposedly draws a state salary of something like $110,000 a year. That is not an accurate statement of the man’s wealth, and he has long time training and practices in terms of how to mask his actual wealth.”

One classified report written by the CIA in 2007 placed Putin’s personal wealth at $40 billion.

The Kremlin has systematically dismissed accusations of Putin’s alleged malfeasance for years. The Russian President’s spokesperson told the BBC that the U.S. Treasury’s claims were “pure fiction.” 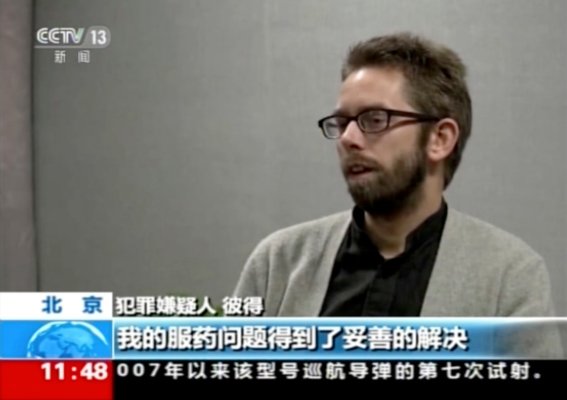 Swedish Activist Released and Deported From China
Next Up: Editor's Pick