Swedish Human-Rights Activist Peter Dahlin Has Been Deported From China

In this image made from undated video released by China Central Television, Peter Dahlin, a Swedish co-founder of a human-rights group, speaks on camera in an unknown location
CCTV—AP
By Simon Lewis

Swedish human-rights activist Peter Dahlin has been released from detention in China and apparently deported.

Dahlin, 35, boarded a flight from Beijing to Stockholm on Monday, the Guardian reports, one week after appearing on Chinese television giving what supporters said appeared to be a forced confession. It is unprecedented for foreigners to be humiliated on Chinese television in such a manner.

State media accused Dahlin’s organization, the Chinese Urgent Action Working Group, which works with human-rights lawyers, of being a front for “anti-China forces” and of instigating protests against the government.

Michael Caster, an associate of Dahlin’s, wrote on Twitter on Monday night that both Dahlin and his Chinese girlfriend Pan Jinling had been freed. Both were detained earlier this month.

Caster told the Guardian that he was grateful for Dahlin’s release. “However, that he has been released shouldn’t obscure the fact that many members of the Chinese human-rights community whom Peter sought to support remain in detention for nothing more than working to promote and protect the rights of all Chinese citizens,” he said.

A number of prominent human-rights lawyers remain detained in China, where the government of Xi Jinping has launched a campaign against activists and critics.

The crackdown has extended beyond China’s borders and to the officially autonomous city of Hong Kong, with two men linked to local publishing firm Mighty Current Media in detention and three others connected to the same publisher — which specializes in anti-Chinese works — reported missing but believed to have been arrested while visiting the mainland.

Mighty Current’s British co-owner Lee Bo is in Chinese detention, and suspected of having been spirited out of the territory by Chinese agents, while Gui Minhai, who has Swedish citizenship, disappeared from his condo in Thailand last year only to resurface on Chinese state TV earlier this month making what looked like a scripted confession to a past crime. 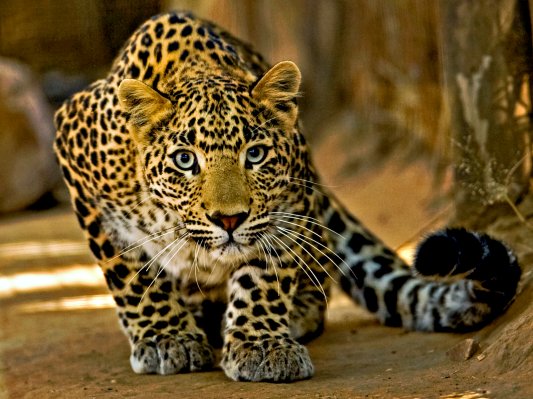 South Africa Prohibits All Leopard Hunting for 2016
Next Up: Editor's Pick