Donald Rumsfeld, You're No Winston Churchill

Former Secretary of Defense Donald Rumsfeld is launching a video game at 83—but his age is not the surprising part. The master bureaucrat is still as spry and cocky as a fraternity rush chairman with the keys to his dad’s convertible.

The surprise is that Rumsfeld’s game is a test of strategy, based on a favorite pastime of Winston Churchill. What Adam Sandler is to Shakespearean acting, what Melissa McCarthy is to Bolshoi ballet, Donald Rumsfeld is to Churchillian strategy.

“Churchill Solitaire,” as Rumsfeld calls his new app, is based on a version of the solo card game favored by the great Prime Minister during the darkest days of the war against Hitler. Played with two decks of cards instead of one, ten rows instead of seven, and other “diabolical” hitches, says Rumsfeld, it is “probably the most challenging and strategic game…I’ve ever played.”

In a statement published on Medium (the story was first reported in the Wall Street Journal), Rumsfeld explained that he learned of the game more than 40 years ago when he was appointed Ambassador to NATO. In that role he met a Belgian diplomat who had served in Churchill’s orbit during the Battle of Britain, when Churchill would sharpen his wits and briefly escape his burdens by unraveling the riddles of the complicated skein.

With characteristic modesty, Rumsfeld claims that he is now the greatest living player of the game and, along with a few friends and loved ones, among the last people on Earth who know the rules. Rather than see this treasure die out with his inevitable passing, Rumsfeld joined a team of app designers to bring the game into the digital age.

It sounds fun. Tricky, too.

But Rumsfeld’s project involves more than a card game. His gambit has successfully linked his name to the search terms “Churchill” and “strategy” in the vast algorithmic mind of Google—which is, increasingly, the mill where history is rough-hewn.

And that’s a travesty. Churchill was one of the keenest and most disciplined strategists of modern history. Faced with the abrupt collapse of Europe before the Panzer treads of the Nazi blitzkrieg, he set himself the task of saving his island nation—knowing full well that the price of doing so would be the loss of Britain’s global empire. Only by ceding influence to the United States (and, he soon realized, to the Soviet Union in the east) could the embattled kingdom hope to turn the tide.

This is the epitome of strategy: a clear-eyed alignment between the goal to be achieved and the price that must be paid. “A method or plan chosen to bring about a desired future,” as one good definition of strategy has it. The more urgent a strategy is, the less room it allows for half-measures and willful delusions.

Painfully for America and the world, Rumsfeld’s experience with urgent strategy proved to be a calamity of deluded half-measures. As numerous histories have laid bare, the Defense Secretary seized control of preparations for the 2003 invasion of Iraq. Under Rumsfeld, representatives of Colin Powell’s State Department were banned from war-planning meetings at the Pentagon. Despite the enormous stakes riding on Iraq, Rumsfeld then failed to invest the resources and foresight necessary to create a successful post-Saddam nation.

The lack of strategy marked every twist and turn of the American fiasco. President George W. Bush had staked U.S. credibility on the goal of a stable democratic Iraq, whose progress would be a model for other Arab nations. Time has shown just how audacious, even foolhardy, this goal was. Yet Rumsfeld, in particular, resisted a commitment remotely commensurate to the task. Instead of drilling down on strategy, he composed one of the most egregious CYA memos in the long history of Washington ass-covering.

And so it happened that after the predictably easy toppling of Saddam, Rumsfeld’s Pentagon had no plan for an Iraqi government to take the dictator’s place. The so-called strategy conceived no role for unemployed officers of the defeated Iraqi army; they wound up fueling various Iraqi insurgencies. The Americans weren’t prepared to provide the basics of civil life: electricity, water, public safety. The lack of armor on Humvees invited an American bloodbath. The lack of trained prison guards festered into the Abu Ghraib scandal.

The list goes on, leading all the way down to today’s catastrophic Middle East.

When I ponder this wretched story, I think of my grandfather, a small town railroad man who volunteered for duty in World War II. Though he was too old for combat, the Army snapped him up and sent him to work in an office building full of railroad men like himself. For two long years before D-Day, these men worked long hours plotting the timetables and calculating the rolling stock necessary to restore train service to a liberated Europe. These countless hours of foresighted preparation turned up just one of the long chain of cards that had to be played to win the war.

That was Churchill’s game. It was Roosevelt’s game and Secretary of War Henry L. Stimson’s and Army Chief of Staff George C. Marshall’s. Tragically, Donald Rumsfeld had no idea how to play it. 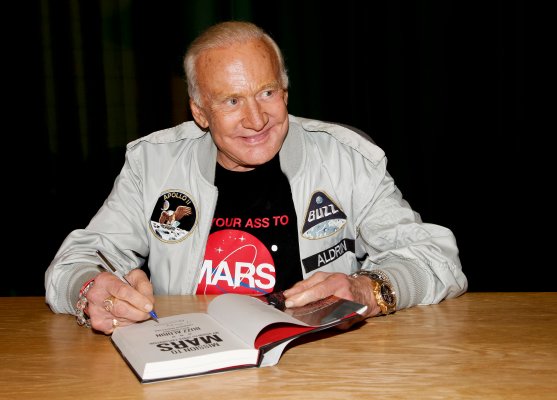 ‘Planet 9’ Proves How Important Space Exploration Is
Next Up: Editor's Pick