Why a Smartphone's Megapixels Don't Matter As Much As You Think

The camera and flash of an Apple iPhone 6 Plus gold, is shown here at a Verizon store on September 18, 2014 in Orem, Utah.
George Frey—Getty Images
By Lisa Eadicicco

If you’ve ever purchased a new camera or smartphone, you’ve probably heard the term “megapixel.” Basically, it’s a way to quickly describe a camera’s resolution based on the number of pixels it’s capable of capturing.

Most smartphone brands usually refer to their device’s megapixel count when discussing their photo quality — and newer phone models typically come with improved cameras that feature more megapixels. For example, the cameras on Samsung’s Galaxy S5 and Galaxy S6 both come with 16-megapixel sensors, while the Galaxy S4 featured a 13-megapixel camera. The iPhone 6s and 6s Plus both have 12-megapixel cameras, an improvement over older iPhones’ 8 megapixels.

The way megapixels are touted by brands in their ads can lead some people to believe that a higher number of megapixels always means better photos. That may be true sometimes. But it isn’t always the case, according to Nikhil Bhogal, the founder and CTO of June, which makes a smart oven of the same name. Before cofounding June, Bhogal was a software engineer at Apple where he worked on camera technology for the iPhone.

Bhogal says pixel quality matters more than the actual number of pixels in a camera sensor, especially when it comes to smartphone cameras. “Even in a tiny picture, you can pack in a lot of good quality information,” says Bhogal. “You don’t have to take a 40-megapixel picture to have that much information.”

So what does it mean to increase the quality of pixels on a camera sensor? In some instances, it can mean making individual pixels larger rather than cramming more pixels into a given space. That could improve photo quality, but it won’t increase the number of megapixels.

Bhogal compared the way pixels collect light to how buckets gather rain water. “The bigger the bucket, the more photons [light] they can collect,” he said.

Bhogal’s explanation lines up with what other industry experts have said in the past when explaining the relationship between megapixels and camera sensors. Larger pixels typically make it easier for light to find its way to the photo-sensitive part of a camera sensor, Gartner analyst Jon Erensen told CNET.

Higher quality pixels also reduce the amount of noise that appears in a photo, since those blotchy areas typically result from a lack of light. “As the quality gets better that noise goes down,” Bhogal said. “So you get better blacks, better color definition, better contrast, sharper pictures.” 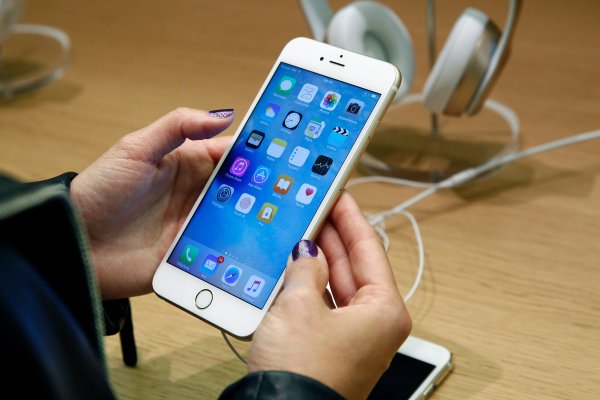 Why Your iPhone May Be Dying Without Warning
Next Up: Editor's Pick