University of Missouri Professor Who Blocked Reporters Charged With Assault

The University of Missouri professor who was captured on a viral video calling for “some muscle” to remove a student journalist from a protest last year has been charged with assault.

Melissa Click, an assistant professor in the department of communication, could face a $300 fine and up to 15 days in jail over the November confrontation at the height of anti-racism demonstrations on campus, the Kansas City Star reports.

Click can be seen on video trying to block a student photographer from approaching activists and shouting at reporters that they had to “get out.” When the reporter she yelled at did not move, she shouted, “Who wants to help me get this reporter out of there? I need some muscle.”

She apologized shortly after the incident and resigned from a courtesy appointment at the Missouri School of Journalism. “I regret the language and strategies I used,” she said at the time. 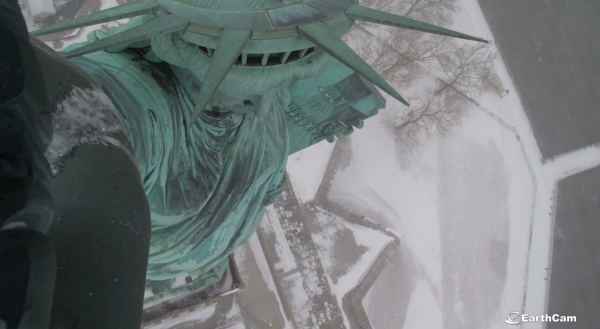 What the Snowstorm Looked Like on the Statue of Liberty
Next Up: Editor's Pick