“The Bat is dead,” Superman declares in one of two new teasers for Batman v Superman: Dawn of Justice, but Gotham’s Dark Knight is clearly not ready to go quietly into the night.

The two new teasers for the upcoming superhero epic, which aired during Sunday’s NFL playoff games, establish the two states of mind that cause Batman and Superman to go to war with each other. The first, viewable above, shows Clark Kent first trying to deal with Batman via his day job at the Daily Planet. But when Perry White (Laurence Fishburne) refuses to let him settle this score in the press, Clark takes matters into his own hands.

The second teaser takes place from Bruce Wayne’s point of view. Blaming Superman for the city-destroying events of Man of Steel, Bruce furiously explains to Alfred (Jeremy Irons) that they have to treat Superman’s potential “to wipe out the entire human race” as a serious threat.

Just how costly this battle proves to be remains a mystery, but Lex Luthor (Jesse Eisenberg), Doomsday, and Wonder Woman (Gal Gadot) will all have a role to play as justice dawns and the DC cinematic universe begins to expand. 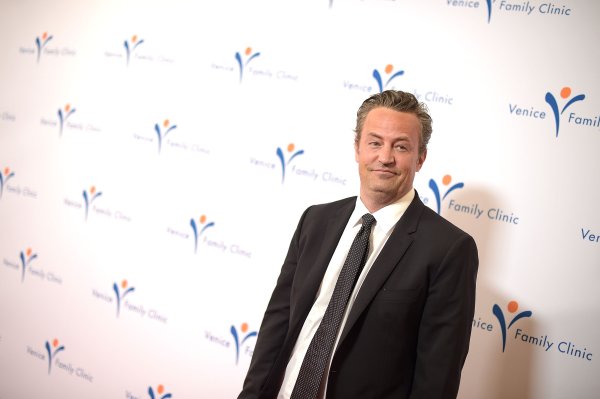 Matthew Perry on How Substance Abuse Affected His Memories of Friends
Next Up: Editor's Pick