A Hawaiian politician who is seeking higher office went on Tinder to connect with voters—but many singles on the mobile dating app missed his point entirely, he said.

Hawaii County Councilman Greggor Ilagan created a profile to start conversations about political change, he told the Honolulu Civil Beat. But the innocent effort did little to help his campaign. “At first, I put both genders—male and female,” said Ilagan, who is running for state senate (and happens to be single). “But because it’s a dating site, there were actually a lot of guys that were hitting on me.”

“I was always having to direct people back to the main focus,” he added. “They asked me, ‘Oh, can I have a date?’ And I said, ‘Well, we can have a meeting and we can talk about government and maybe you can help out on the campaign.’”

Ilagan, 29, said his agenda was laid out on his Tinder profile page, where he wrote: “Hey you! Help me make a positive difference in our community. Swipe right and let’s talk,” according to the Civil Beat. “This year, I am running for State Senate. I bet we can find common ground on issues and make a positive impact around us. Swipe right and let’s get to know each other,” the message continued.

“I thought the one-on-one interaction would be great, but it just leads to other things,” he said. “Now I know why people don’t campaign on it. Tinder just has a different environment and different expectation. I learned the hard way.” 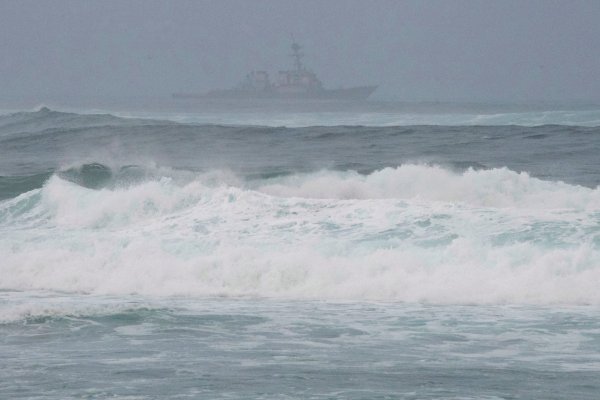 Search Suspended for 12 Missing Marines
Next Up: Editor's Pick